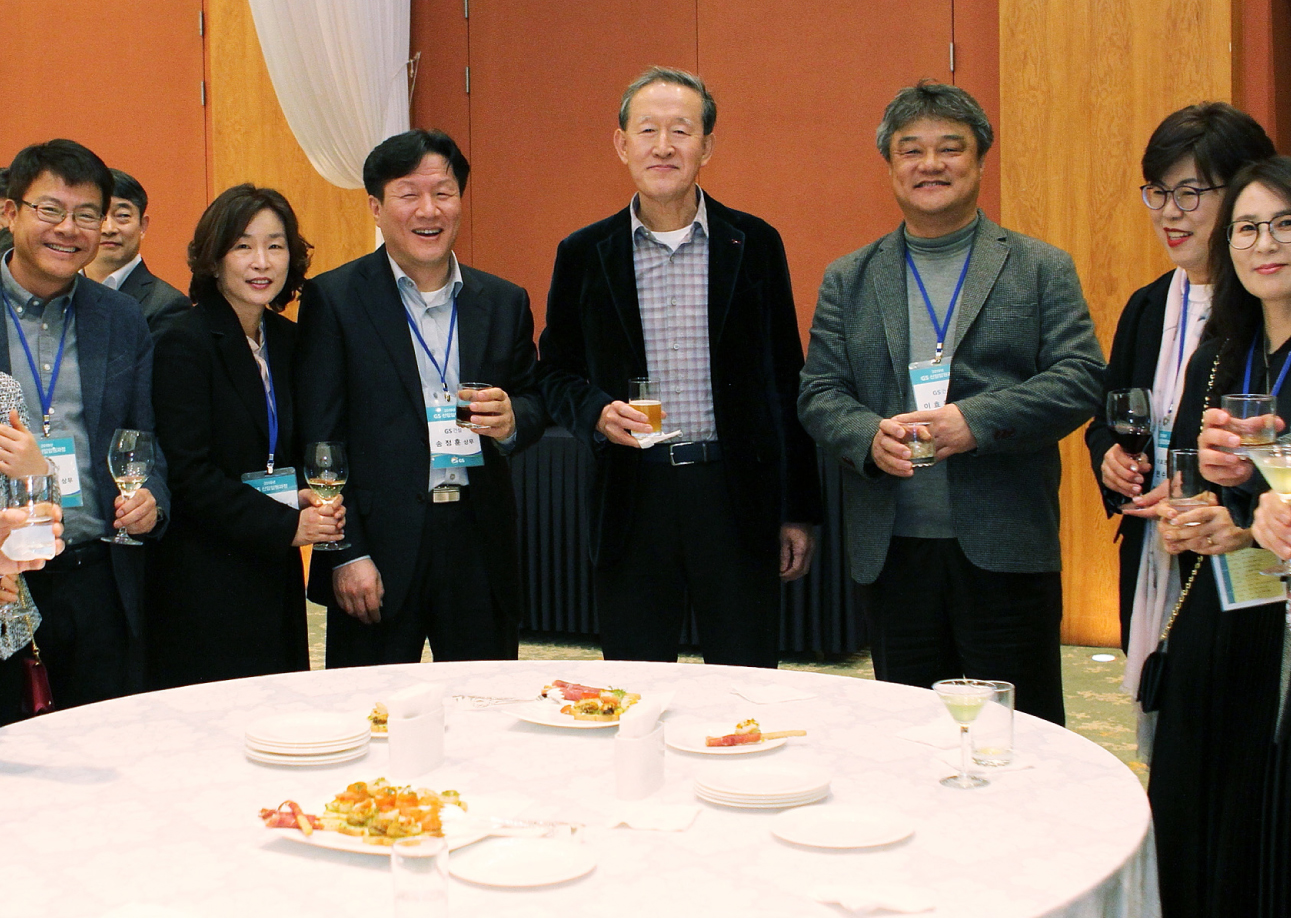 GS Chairman Huh Chang-soo, center, attends a workshop Friday to give a speech to newly-appointed executives at a resort on Jeju Island. [GS GROUP]

GS Group Chairman Huh Chang-soo encouraged the group’s new executives to emulate the success of a Korean golfer known for his unconventional swing in carving out their own niche.

The chairman emphasized the importance of being distinguished from other competitors, taking the example of golfer Choi Sung-ho.

“Choi Ho-sung shot to fame with his antics, also known as the ‘fisherman’s swing,’ because his movement after a swing resembles a fisherman pulling his rod back,” Huh said. “He even made his PGA Tour debut after his swing videos went viral and fans requested that he be invited to the competition.

“Some would say that his swing is quirky, but the move acted as a successful strategy to stay ahead of others and win in the competition.”

Huh went on to ask the executives to aim high.

“I believe that all people here made it to the position with their qualified capabilities in certain fields,” Huh said. “But you shouldn’t become complacent about where you are and improve your competitiveness to compete with global peers.”

In outlining a business environment, he highlighted the anticipated headwinds facing Korea.

An economic slowdown both at home and abroad and the trade row between the United States and China were some of the risks mentioned.

To better respond to such risks, Huh raised the need to become more agile.

He also called on high-ranking employees to have higher ethical standards in carrying out their tasks and to be conscious of the impact their work will have on society.

Huh has been participating in such meetings since 2005.