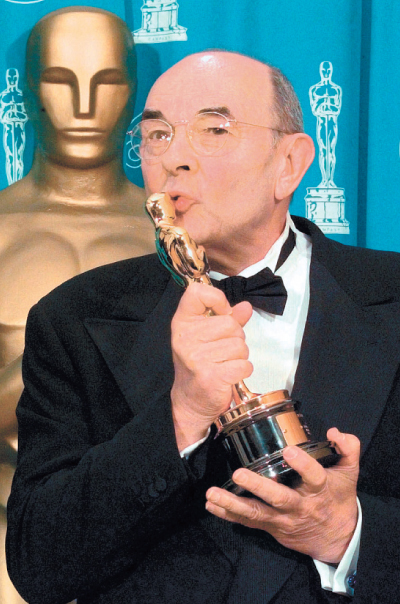 Stanley Donen, who directed such beloved Hollywood classics as “Singin’ in the Rain,” “On the Town” and “Charade,” has died in New York at 94.

His death, brought on by a heart attack, was confirmed by one of his sons, Mark Donen, the Chicago Tribune reported.

Donen, whose films were known as witty, stylish and energetic, worked with some of Hollywood’s biggest stars, from Audrey Hepburn to Fred Astaire.

Under Donen’s direction, Gene Kelly’s famously exuberant and water-logged dance scene in “Singin’ in the Rain” became one of cinema’s most iconic moments.

Though often overshadowed by his stars, Donen’s craft was hugely valued by his peers, earning him an Academy Award for lifetime achievement in 1998. It was his only Oscar.

He worked with the biggest dancers and choreographers of his time, including Bob Fosse and Gower Champion.

“No other director, with the possible exception of Vincente Minnelli, contributed more aesthetically to the American musical,” Hollywood Reporter wrote in an appreciation.

But Donen was also famed for his direction of romantic comedies, such as the hugely popular “Two for the Road,” starring Audrey Hepburn and Albert Finney.

Donen, a South Carolina native, started dance lessons at age seven and left home shortly after high school to try his luck on Broadway, according to Variety.com. He met Kelly while in the chorus of “Pal Joey” and was eventually signed by MGM.

Donen’s breakthrough came with “Seven Brides for Seven Brothers” in 1954.

He also worked on musicals “Pajama Game” and “Damn Yankees,” both choreographed by Fosse.

Asked in later years how it was possible to work with Hepburn without falling in love with her, he replied, “It’s not.”

Donen was married five times, including to actresses Jeanne Coyne and Yvette Mimieux. He dated the actresses Judy Holliday and Elizabeth Taylor. And in his later years and up to his death he was the companion of actor, comedian and director Elaine May.