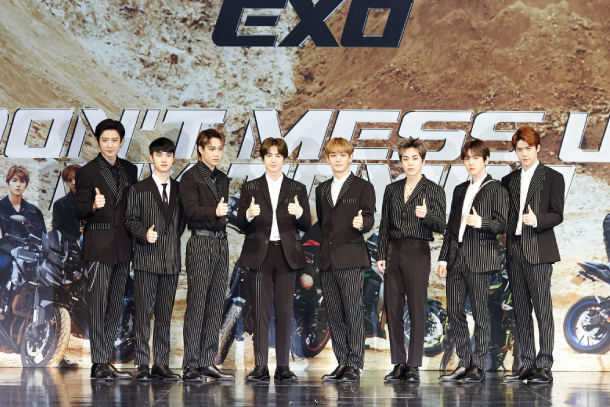 “Tempo” was released on Nov. 2 as the lead track of the group’s fifth full-length album “Don’t Mess Up My Tempo,” and topped the local music charts immediately. The song also performed well abroad, charting on the iTunes albums chart, the Billboard 200 albums chart and China’s Xiami Music chart.

The album also sold over 1 million copies, making Exo the first group that debuted after 2000 to have sold over 10 million hard copy albums.