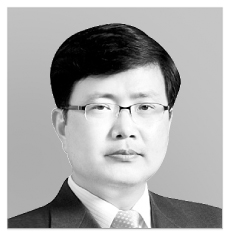 Kwon Yul
The author is a senior research fellow at the Korea Institute for International Economic Policy.

All eyes are on Hanoi, Vietnam. The country is hosting the second summit between U.S. President Donald Trump and North Korean leader Kim Jong-un, as well as Kim’s separate visit to Vietnam. What will attract our attention is how Vietnam can impress Kim with its staggering transformation from a bitter war enemy of the United States’ to a peaceful partner and one of the fastest-growing economies, all the while being run by the Communist Party. South Korean President Moon Jae-in said Kim had shown great interest in the Vietnamese development model during a tête-à-tête stroll after an extended summit in Panmunjom in April last year.

The Vietnamese Communist Party adopted the “Doi Moi” agenda in 1986 to privatize enterprises and nurture manufacturing industries. Having learned from the collapses of the former Soviet Union and the Communist bloc, Vietnam held on to party control and spearheaded top-down reforms to accommodate market economy through state planning. Conflicts between reformists and traditionalists inevitably existed, but Vietnam’s practical spirit prevailed, helping bring both political stability and economic prosperity.

While former North Korean leader Kim Jong-il studied the Chinese opening model, Kim Jong-un is more interested in the Vietnamese model. Beijing incrementally implemented price liberalization from 1978 to the early ’90s. Yet Vietnam was more rapid and progressive. It liberalized many sectors — from fresh food to foreign exchange — in just two to three years. Unlike China, Vietnam also lifted regulations on prices from the early stage of reform and followed the International Monetary Fund ’s (IMF) guidelines on fiscal and financial reforms to receive its funding in return. Sanctions gradually eased and foreign investment flooded in after the country was able to host a meeting of the World Bank fund in 1993.

Vietnam achieved unification after two decades of war, but it stayed isolated from the West despite 1979’s normalization of Sino-U.S. ties following the Cold War’s conclusion. For a breakthrough, it chose pragmatism and liberalization, and won both security and economic success in return.

The boom owes much to Vietnam’s normalization of ties with the United States and improvement of the trade environment. After the Vietnamese Army pulled out of Cambodia in 1989, Washington renewed dialogue with Hanoi. Under the initiative of Richard Solomon, the assistant secretary of state at the time, the United States opened a liaison office in Vietnam in 1992 and lifted economic sanctions on the country. The two states fully restored diplomatic relations in 1995 to mark the 20th anniversary of the Vietnam War’s end. After many twists and turns, Washington finally granted most-favored nation (MFN) status to Vietnam and reached a bilateral trade agreement in 2000.

Foreign direct investment (FDI) poured into Vietnam after it emerged as a manufacturing base for exports bound for the United States. FDI, which hit a mere $1.8 billion in 1995, jumped to $7 billion by the time Vietnam joined the World Trade Organization (WTO) in 2007. The labor-intensive market successfully drew foreign capital. Vietnam faithfully kept to international rules, while improving trade relationship with the United States. Its economy grew at an average annualized rate of 6.7 percent. Last year growth exceeded 7 percent.

South Korea’s investments in Vietnam total 7,000 in number since the two countries normalized ties in December 1992. South Korean enterprises in Vietnam are currently employing 700,000 to 800,000 people. Bilateral relations are strong thanks to Park Hang-seo, who helped transform Vietnam’s national soccer team — a traditional underdog in the sport — into one of the strongest in Asia. Vietnam has emerged as a top market for Korea Inc. following a deterioration of business conditions in China. South Korea rakes in around $30 billion in surplus in trading with Vietnam. The two countries agree to increase their bilateral trade to $100 billion by 2020.

President Trump and Secretary of State Mike Pompeo may have chosen the location for the second summit in the hopes Kim could be persuaded to go down the same path as Vietnam. Even if Washington and Pyongyang agree to normalize ties and initiate the denuclearization process, North Korea may be unable to change in the same style as Vietnam.

The accumulated experiences of South Korean companies that contributed to Vietnam’s rags-to-riches transformation can serve as precious assets to help North Korea economically. Let’s hope North Korea can capture the momentum of the Hanoi summit and its leader’s state visit, and begin a process that will help in reviving its economy.