Unsung heroes are celebrated in exhibit

Unsung heroes are celebrated in exhibit 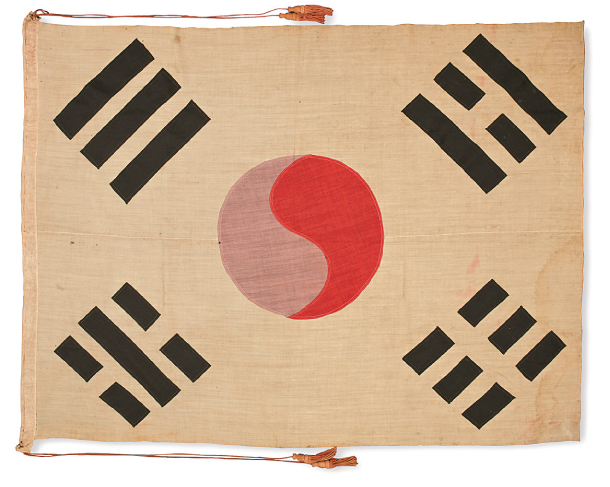 Taegeukgi, or the Korean flag, of the Provisional Korean National Council.

Independence activists the likes of Ahn Jung-geun, Kim Gu, Yu Gwan-sun and Yun Bong-gil are frequently mentioned this time of year when their work is remembered and celebrated.

But not all independence fighters are as renowned as those named above. Thousands of Koreans participated in the peaceful movement, but many of them are not famous and remain unnamed. As this year marks the 100th anniversary of the March 1 Independence Movement and the establishment of the Provisional Government of Republic of Korea, a special exhibition has been organized to pay tribute to those “unknown faces.”

The National Museum of Korean Contemporary History and the National Archives of Korea have co-organized an exhibition titled “Independence, When That Day Comes,” at the museum in central Seoul. The exhibition, like many other centenary events organized throughout the country, offers detailed explanations about how Korea managed to fight for its freedom 100 years ago and establish a government. Yet this particular exhibit differs from others in that it pays tribute to 17 lesser known independence activists who fought for the country. This is the first part of the “Independence, When That Day Comes” exhibition, which is being held on the museum's third floor. 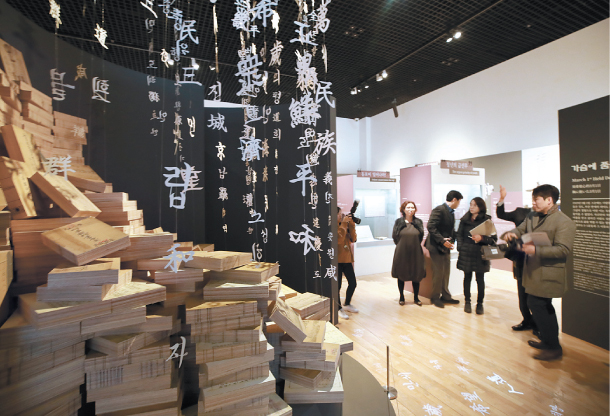 An installation of stacks of written works by independence activists displayed at the National Museum of Korean Contemporary History. [YONHAP]

Kim Won-byeok (1894-1928) was a student leader who led a demonstration on March 5, 1919. For this, he served two years in prison. Upon his release, he dedicated himself to public speaking and worked with nationalists and socialists to publish “Sinsaenghwal,” or “New Lifestyles” magazine, because he saw a need for Koreans to change the way they lived. Until his death in 1928, Kim actively wrote for various media and participated in mass movements. The exhibition tells the story of Kim’s life by exhibiting his photographs, graduation albums and even his collegiate academic record.

Another such person is Lee Mi-reuk, who took part in the March 1 movement as a student. He then became a member of the Korea Young Men’s Diplomatic Group, which supported the Provisional Government. He later escaped to Shanghai to avoid being arrested for his involvement. Soon after, he was arrested and served two years in prison. In 1920, Lee went to Germany as an exchange student and, along with Kim Beop-rin and others, represented Korea, calling for Korean independence at the First World Congress of the League Against Imperialism in Brussels in 1927. He went on to help acquaint the German people with Korea and Korean culture through his writings, which include an autobiographical novel “The Amnokgang [Yalu River] Flows.” The exhibition displays both his various publications and German newspaper articles about him.

Meanwhile, the second part of the exhibition, which is focused on the “People of the Provisional Government, Longing For Their Homeland,” is on the museum's first floor. This section is based on copies of the Dongnip Sinmun, or the early Korean newspaper, The Independent. The newspaper was launched in Shanghai on Aug. 21, 1919, as the provisional government's mouthpiece. Through this second part of the exhibition, visitors will be able to learn how Koreans, despite the hardships of living in a foreign country, managed to establish schools and find jobs during the 27 years of its operation in China and still participated in the independence movement. The exhibit runs until Sept. 15.