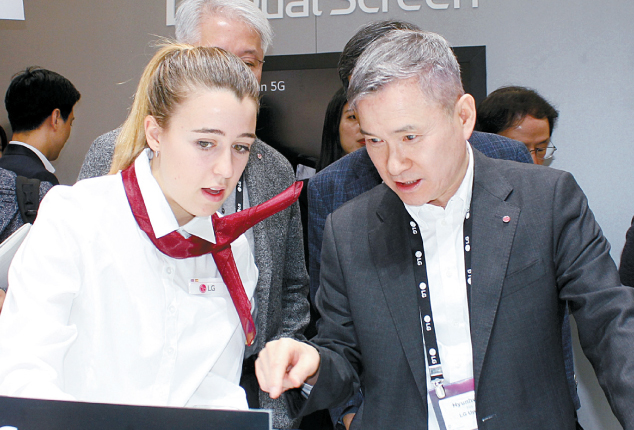 “We believe 5G will have its momentum in the beginning stages in the business to customer [B2C] area,” said Ha Hyun-hwoi, CEO of LG U+, at a press conference with Korean media on Monday.

He said it will take time for the new network to take off in the business to business area and, as a mobile carrier, there isn’t much for LG U+ to do in that sector.

“That is why we put much emphasis on augmented reality, virtual reality and K-pop content that can be enjoyed at higher speeds and better quality than [on the] 4G network.”

Ha’s belief in B2C content led to LG U+ striking a partnership with global tech and media firms like Google, Verizon, Vodafone, Netflix and more.

“Our network business is strictly limited to the domestic market,” he said. “But for our content business, we need to read precisely the mega trends happening globally. In order to lead the business the right way in this sense, we need global partners.”

When 5G smartphones launch, there will be an inevitable rise in smartphone subscription payments by a minimum of 20 to 30 percent, according to Ha.

“I believe manufacturers are giving a lot of thought to it. It will be within an acceptable range, but I believe it is inevitable that the rate will go up compared to LTE services.”

According to the company, LG U+ currently has 15,000 stations for 5G services, 95 percent of which use equipment from Huawei.

When asked about the recent security controversy surrounding the Chinese company, Ha said the equipment is currently going through inspection by domestic and international institutions.

“The results will soon be available from the institutions, but we are sure that the equipment will turn out to have no problems at all,” Ha said.