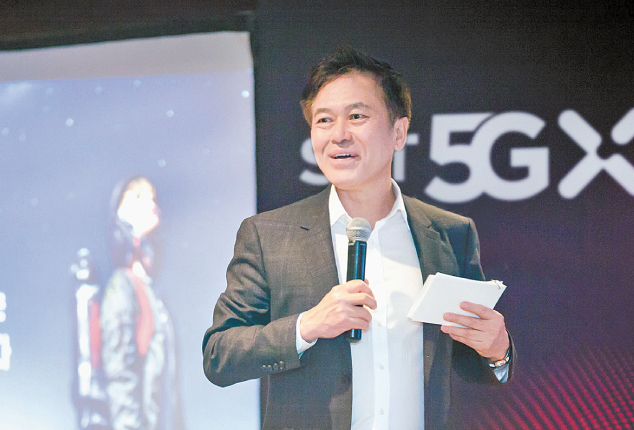 BARCELONA, Spain - The possibility of a security risk related to Huawei was discussed at the board meeting of GSMA, the organizer of MWC, according to Park Jung-ho, CEO of SK Telecom and the only Korean among the board’s 26 members.

“We talked about it in terms of securing a healthy supply chain,” said Park to Korean media on Monday in Barcelona.

SK Telecom, Korea’s No. 1 mobile carrier, is looking to create partnerships with game and media firms to make the most out of the 5G era.

“In order to be prepared for this, we are planning on striking an exclusive partnership with Magic Leap and Niantic.”

“I hope Korea’s content business will one day grow to be like our semiconductor industry,” he said.

With the commercialization of 5G, Park is planning various upgrades to different SK affiliates.

Park said that SK Telecom has secured some 27 million subscribers on mobile and pay-per-view platforms through the merger of its media subsidiaries Oksusu and Pooq as well as the acquisition of Tbroad, Korea’s No. 2 cable TV operator.

“We will transcend from a mobile carrier to become a comprehensive ICT company,” he said.