Kim Jong-un arrives in Vietnam for summit with Trump

Kim Jong-un arrives in Vietnam for summit with Trump 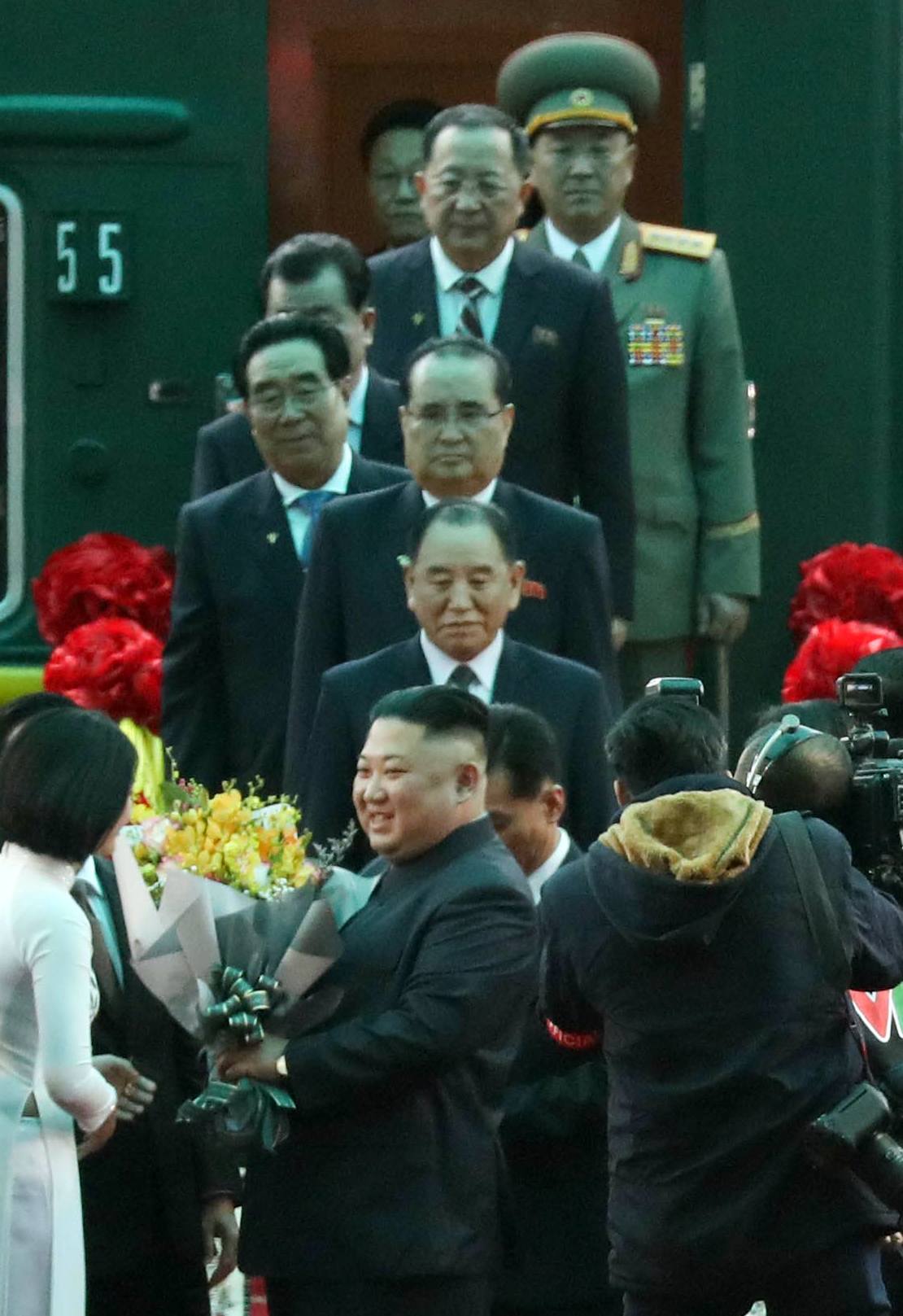 North Korean leader Kim Jong-un is greeted by a crowd as he arrives by train at Dong Dang station in Vietnam’s northern Lang Son province Tuesday morning. He switched to a car to travel to the capital Hanoi for his second summit with U.S. President Donald Trump Wednesday and Thursday. [YONHAP]

North Korean leader Kim Jong-un’s train arrived at Dong Dang station in Vietnam’s northern Lang Son province Tuesday morning. He switched to a car to travel to the capital Hanoi, where he will hold his second summit with U.S. President Donald Trump Wednesday and Thursday.

Kim’s armored train, which departed Pyongyang on Saturday, traveled across some 4,500 kilometers (2,796 miles) over 60 hours and arrived at Dong Dang station around 8:24 a.m.

Kim was spotted waving to the crowds as he got off his green train with his entourage from Pyongyang. He switched over to his armored Mercedes-Benz S600 Pullman Guard luxury limousine to complete the last stretch of his trip to Hanoi.

Vietnamese officials greeted Kim, and a crowd waved North Korean flags upon his arrival. A red carpet had been stretched from the train to the station, and the leader was presented with flowers.

He rolled down the window of his vehicle and waved again as he departed the station around 8:30 a.m. accompanied by a motorcade. A dozen guards in black suits surrounded the vehicle at the station.

The car ride to Hanoi, which is around 170 kilometers away from Dong Dang, was expected to take around three hours.

Vietnamese authorities banned traffic on the stretch of highway linking Dong Dang to Hanoi between 6 a.m. and 2 p.m.

A Samsung Electronics factory in Bac Ninh Province is located along the way to Hanoi. There have been speculations of a possible visit by the North Korean leader to the Samsung factory during his visit to Vietnam.

The North Korean leader’s motorcade arrived at Kim's lodgings in Hanoi, the Melia hotel, around 11 a.m.

Trump also departed for Hanoi by Air Force One on Monday. He tweeted: “Heading over to Vietnam for my meeting with Kim Jong Un. Looking forward to a very productive Summit!”

The two leaders are expected to meet briefly one-on-one then have a dinner meeting Wednesday, according to the White House.