Out of the office

Out of the office 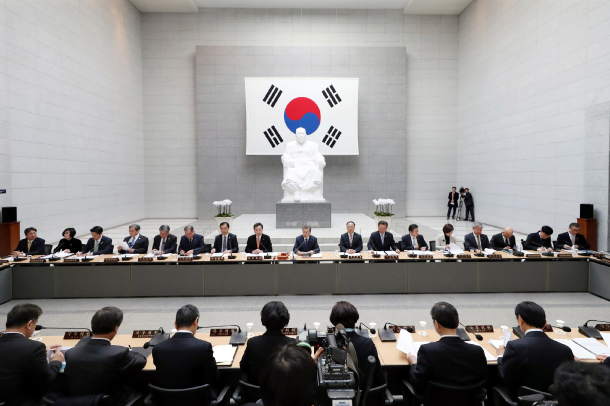 President Moon Jae-in, center, speaks in a weekly cabinet meeting at the Kim Koo Museum and Library, central Seoul, Monday. The meeting was the first cabinet meeting held outside of a government facility, according to the president. Moon stressed the importance of his country’s leadership in deciding the fate of the country and of the Korean Peninsula on Tuesday. Korea is set to mark the 100th anniversary of the March 1 Independence Movement later this week. [BLUE HOUSE]