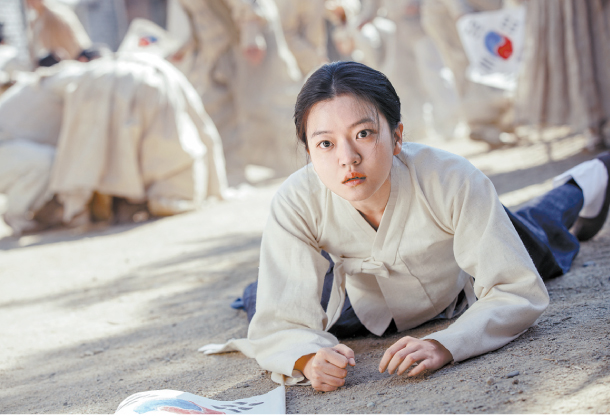 Starring actors Ko A-sung, Kim Sae-byuk, Kim Yae-eun and Jeong Ha-dam, this film tells the story of the well-known Korean independence activist Yu Gwan-sun (1902-20), who, at the age of 16, marched out to the streets to protest Japanese colonial rule.

Yu actively encouraged people to join the March 1 Movement, a non-violent demonstration for Korea’s independence. Although Yu lost her parents and was sent to the Seodaemun Prison, western Seoul, following a protest in her hometown, she continued her fight and organized another rally inside the prison.

The film focuses on Yu’s year spent in the prison putting together a rally commemorating the first anniversary of the March 1 Movement with other inmates.

Um Bok-dong (Jung Ji-hoon) is a cyclist who is winning bicycle races across the country in the early 1900s, a time when Korea was under Japanese colonial rule.

After Japan begins its rule in 1910, a race featuring professional Japanese cyclists is organized to show off how advanced they were over unskilled Korean cyclists.

Yet the race doesn’t turn out as planned when Um defeats all the Japanese cyclists and wins. He eventually becomes a national hero after winning race after race.

As patriotism spreads across the country, the Japanese decide to hold one last race in the hopes of breaking Um’s streak.

The film tells the true story of Um (1892-1951) and is being released to celebrate the centennial anniversary of the March 1 Independence Movement. It is directed by Kim Ryu-sung, who is behind the films “Hot For Teacher” (2006) and “Three Summer Night” (2014), and also stars Kang So-ra, Lee Beom-su and Min Hyo-rin. 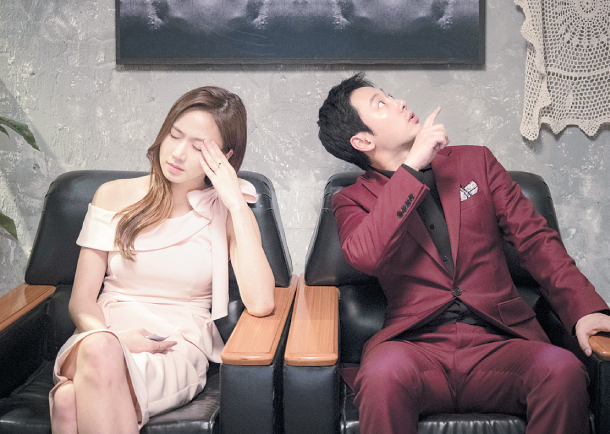 Seong-seok (Kim Dong-wook), the son of a chaebol who can only inherit his father’s fortunes by getting married, and Hae-ju (Ko Sung-hee), who is constantly pressured by her mother and brothers to get married, decide to hold a fake wedding.

After the wedding, Seong-seok plans to fly to Paris with his widowed lover, while Hae-ju plans to spend some time away, figuring out what her true passions are.

The two sign a contract saying they will live separately and file for divorce in three years.

But things do not go as planned when their family and friends start asking questions.

The romantic comedy is co-directed by Park Ho-chan and Park Su-jin, and several popular actors including Jung Woo-sung and Lee Jung-jae make special appearances to add more fun to the film.

Now, finding themselves in their 80s, the grannies decide to join the town’s local poetry club to learn hangul. Though not everyone does their homework on time, they are all passionate about writing letters for their family members and poetry that reflects their lives and experiences; and most importantly, they enjoy the greatest days of their lives. 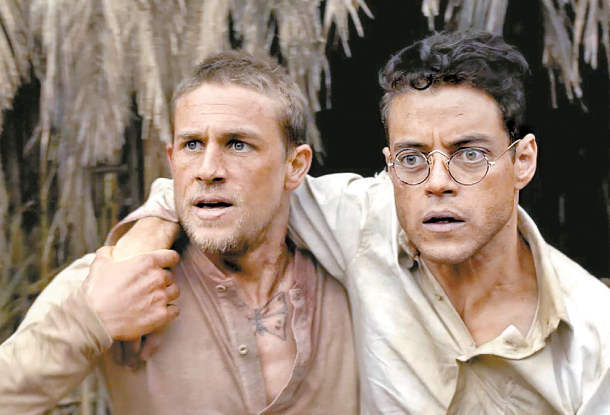 Based on his best-selling autobiographical novels “Papillon” and “Banco” , this film centers around Henri “Papillon” Charriere (Charlie Hunnam), who, after being framed for murder, is sentenced to life in prison. He is sent to the notorious prison on Devil’s Island, French Guiana, from which no one has ever successfully escaped.

In prison, Papillon meets the swindler Louis Dega (Rami Malek), who is being threatened by other prisoners, all of who want his money. The two decide to form an alliance in order to break out of prison together.

Directed by Michael Noer, “Papillon” was invited to the Special Presentations section at the 2017 Toronto International Film Festival.

Unlike the stereotypical humble pastor, Pastor Park (Lee Jung-jae) is a money-lover who carries out profitable investigations against suspicious religious groups. He dresses up in expensive clothes and drives a BMW.

One day, a suspicious cult group called Deer Mount catches his special attention. As Park delves into the group, he discovers the group has been involved in a string of murder cases that span the past few years, including the recent murder of a student, whose corpse was found in a tunnel.

Directed by Jang Jae-hyun, a devout Christian, the movie pushes audience members to reflect on how common people’s religious faith for God could be exploited by lunatic religious leaders. The film is starred by Lee Jung-jae, Park Jung-min, Lee Jae-in and Jin Sun-kyu. 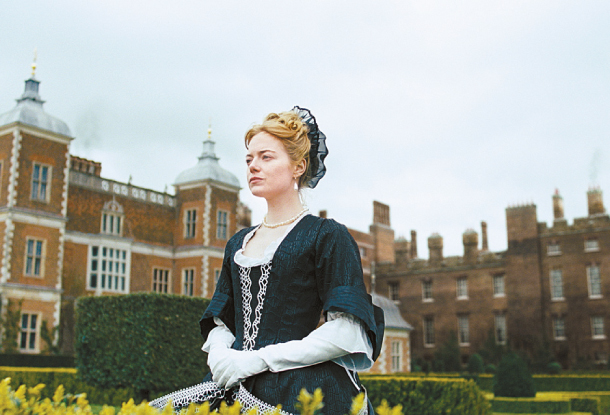 Meanwhile, her ambitious and furtive friend, Sarah Churchill (Rachel Weisz), the Duchess of Marlborough, governs the country through her will and her close ties to the queen. Sarah seeks to double land taxes in order to fund the war, but is faced with opposition by Robert Harley (Nicholas Hoult), a member of the Parliament, who tries to achieve a peace treaty.

Anne and Sarah’s relationship is threatened after Abigail Hill (Emma Stone) - Sarah’s poor cousin, a former aristocrat who has fallen on hard times - arrives at the palace seeking employment. She begins working as a scullery maid, but later makes her way up to the queen’s bedchamber and seeks to regain her lost authority by gaining the queen’s heart. Meanwhile, tensions grow as Robert attempts to use Abigail as a spy to surveil Sarah.

Directed by award-winning producer Yorgos Lanthimos and written by Deborah Davis and Tony McNamara, the film premiered at the 75th Venice International Film Festival in August.