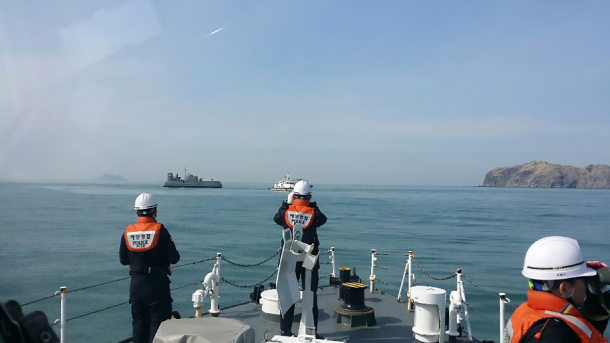 The Coast Guard conducts a search operation to find debris from a Korean fighter jet that crashed into the Yellow Sea Wednesday. The two-seat KF-16D warplane fell into the sea for an unidentified reason at 12:13 p.m., 13 minutes after taking off from an air base in Gunsan, North Jeolla. The two pilots immediately ejected and were safely rescued. The Air Force formed a task force to verify the exact cause of the crash. The KF-16D was delivered to the Air Force in the late 1990s. [NEWS1]