Kang Min-kyung finds her voice on ‘Just Me’: Davichi singer wrote many of the songs on solo debut

Kang Min-kyung finds her voice on ‘Just Me’: Davichi singer wrote many of the songs on solo debut 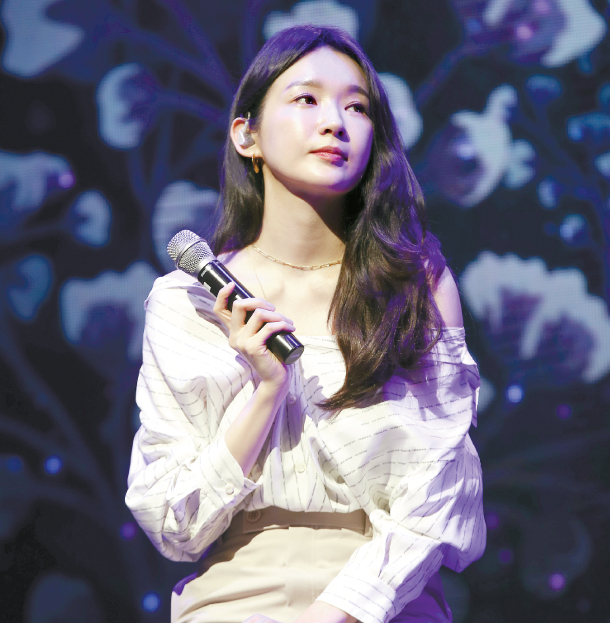 Kang Min-kyung sings one of her new tracks from “Just Me” at a press briefing in Hongdae, western Seoul, Wednesday, just hours before her first solo album’s release. [YONHAP]

Most people know Kang Min-kyung as half of the duo Davichi, one of the most popular Korean female ballad groups of our time.

On Wednesday, Kang was reborn as a solo artist, making her debut with the release of “Just Me,” her first-ever solo album.

“I’ve been planning to work on a solo album when the time was right, and I thought the time was now,” the singer said during a press briefing in Hongdae, western Seoul, Wednesday, just hours before her album’s release.

“Now’s a good time when my mind is at peace. I’ve also reached the age when I know what I want and what I need to do.”

As implied by the title, Kang shares a very personal story through “Just Me.” She wrote the lyrics for and co-composed four songs on the five-track album, including the love ballad and lead track “Because I Love You,” reminiscent of Davichi’s sound, the nostalgic “End of 20’s,” the jazzy, up-tempo “Selfish” and the sweet and teasing “Tell Me.” Acoustic pop song “My Youth,” the album’s final track, was the only piece written without Kang’s involvement.

“I put a lot of my stories on this album,” Kang explained. “For Davichi albums, we did write some of the songs but our title tracks were always by famous songwriters. I’ve always wanted to share my lyrics and melodies with my fans.”

Love and nostalgia make up the central themes on “Just Me.” 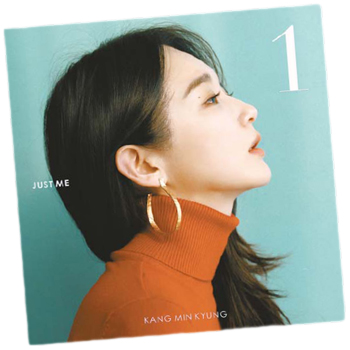 The lead track, “Because I Love You,” whose music video shows Kang passionately kissing her on-screen love interest, is a sentimental song where Kang recalls wonderful memories with a former love, all the while knowing that they cannot enter into a relationship again because they’ll ultimately encounter the same problems.

“Sometimes after the person we love leaves, we wonder whether we can ever receive that same amount of love from anyone else,” Kang said with regard to the song, which shares the same sadness and sense of longing as such melancholy Davichi love ballads as “Even Though I Hate You, I Love You” and “Days Without You.”

Her reflective piece, “End of 20’s,” is an homage to the late Kim Kwang-seok’s iconic folk song “Around Thirty.” With permission, Kang, who turns 30 this year, borrowed a line about having to say goodbyes everyday directly from the 1994 classic.

“Women get a strange feeling in their hearts when they near their 30s,” Kang said. “I wrote the lyrics [for “End of 20’s”] thinking about how we have to let go of our dreams when they clash with reality. I wanted to write a song like Kim’s ‘Around Thirty’ ever since I first heard it in middle school.”

Kang put a lot of attention into making the lyrics “honest and coming from my own experiences” with “Just Me,” noting that candidness was becoming a trend in today’s music industry.

“These days, singers talk a lot about their personal stories because audiences can relate to the artists’ lives,” said Kang. “This is especially apparent among hip-hop artists, like rappers on the TV series ‘Show Me the Money.’ The trend seems to be coming into the pop scene as well.”

Kang recently began using YouTube as a medium to interact with fans more regularly. There are around 20 videos on her YouTube channel now, many of which feature her covering hits like BTS’ “Euphoria” and Dua Lipa’s “New Rules.” The singer also uploads vlogs that she edits herself.

“Many of my fans were curious what Davichi is up to because we don’t appear on TV too much,” said Kang, explaining why she got into the video platform. Since releasing the album “&10” last January, the powerful ballad duo has made very few public appearances other than live concert performances and the occasional recordings for TV drama soundtracks.

Having worked in a team of two for so long, Kang also discussed how different and lonely it was for her to promote this album without Lee Hae-ri, her partner in Davichi.

“I’m attending various events for my new album, but it’s lonely eating meals by myself. Also, I don’t have anyone to chat with now in between rehearsals. I’m just looking at my smartphone during breaks.”

Although Kang is singing alone on this album, Lee was nonetheless still very much involved in the making of “Just Me.” According to Kang, her close friend and colleague showed unwavering support for Kang’s solo ventures, helping her polish the album every step of the way.

“Hae-ri shared a lot of ideas for this album, and helped me review the smallest details about individual songs,” said Kang. Lee beat Kang to making a solo record with the release of “h” back in April 2017.

“As much as there are a lot of people who worked in this album with me, I hope that my songs at least enter the music charts,” Kang added. “I have pride in my music because this album is about my story.”

As of 6 p.m. Thursday, “Because I Love You” was at the top of at least four charts on local music streaming services, including Mnet, Genie Music, Soribada and Olleh Music.