If the hat fits, you could be a millionaire

If the hat fits, you could be a millionaire

In basketball, the shoes players wear quickly come to represent their brand and identity. In golf, it’s the logo on their hats. 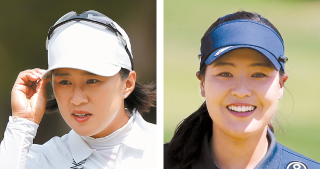 In professional tournaments, golfers appear on the links with the logos of different brands and companies on their hats. The embroidered logo on the front of the top pro’s hats is prime real estate, costing the most money for sponsors and providing fans a way to recognize their favorite players at a glance.

Companies spend millions to get their logos on the heads of some of the world’s most famous golfers. According to a recent Golf.com report, it can cost about $500,000 just get a logo on a hat for a year. For a bigger sponsorship deal that includes bags and clothes, top golfers can expect to bring in upwards of $3 million. A deal of this size will likely include a number of corporate appearances as well.

Just as some die-hard fans run out to buy their favorite basketball player’s new Nike Air Jordans, golf fans also pick up the headwear and apparel worn by their favorite players.

It’s the apparel brands that really benefit the most. On the PGA Tour, players’ hats are generally sponsored by big golfing brands and many golf fans will flock to the brand that their favorite player wears. Some of the bigger names may even have sponsorship deals with multiple brands - current world No. 2 Dustin Johnson, for example, has sponsorship deals with three apparel brands: TaylorMade, Adidas and New Era.

Nike, Titleist, Under Armour and Puma are other brands of headwear common among the top players and their fans.

As golf gets more coverage and tournaments are broadcast live on golf channels around the world, the value of the hats has increased significantly. The one worn by Tiger Woods has by far the highest value.

In 1996, Woods signed a one-year contract with Nike apparel that included his hat for $8 million. By 2013, that contract was worth $20 million.

“Golf is an individual sport,” said Lee Jong-sung, a professor in the department of sports industry at Hanyang University. “More than any other sport, there’s a stronger tendency to give the same value to the player as to the brand embroidered on a player’s hat. Just like how NBA’s Michael Jordan’s basketball shoes became very popular, in golf, the logos on golfers’ hats grab a lot of attention.”

However, on the LPGA Tour, it’s a different story. In recent years, a number of golfers have been spotted wearing plain hats.

As hat branding is generally included in a golfer’s main sponsorship deal, a plain hat is more often than not a sign that the wearer has failed to secure a deal before the season started. Even some of the best LPGA golfers are not immune to this issue - just last week Amy Yang won the Honda LPGA Thailand while wearing a plain hat.

Yang has traditionally found success in Thailand - she has won the Honda tournament three times - and in plain hats. In February 2015, she was also without a main sponsor when she won the Honda LPGA Thailand for the first time.

At the time, Yang’s sponsorship deal with KB Financial Group had ended, and for a year and a half, she competed without a logo. Although it could be seen as embarrassing for a professional golfer to play for so long without a main sponsor - the implication being that companies don’t see any value in paying them for a promotion - Yang stayed positive.

“I don’t have a sponsor, but I can [still make money by] win[ning] more prize money,” Yang said.

In September 2015, Yang finally signed a three-year contract with PNS, giving her a major headwear upgrade. But as her contract ended at the end of last year, Yang is once again without a sponsor.

Yang isn’t the only one to be left with a drab cap. Most noticeably, two-time major champion Chun In-gee spent the entire 2017 season without a main sponsor and therefore no logo.

Unlike the PGA Tour, where most players sign main sponsorship deals with apparel companies, on the Korean men’s and women’s tours - KPGA and KLPGA - most sponsorship deals are signed with financial, construction or medical firms.

The different approach to branding on the Korean tours means that hat designs can get a lot more colorful.

KPGA golfer Park Hyo-won wears the logo of his father’s hair salon on his hat. K.J. Choi famously competed with the Korean flag on his cap at the beginning of 2010. At the time, Choi’s contract with Nike had ended and he chose to add the Korean flag rather than play in a plain hat.

In 2008, when LPGA Hall of famer Park In-bee won the U.S. Women’s Open, she played the tournament wearing a hat with the LPGA emblem as she couldn’t find a main sponsor for that year.

At the AT&T Pebble Beach Pro-Am in February, Choi Ho-sung, famous for his fisherman swing, played his first practice round on the PGA Tour with a blank hat. During the tournament, he opted for a hat emblazoned with the Pebble Beach logo to express his gratitude to the tournament for inviting him.