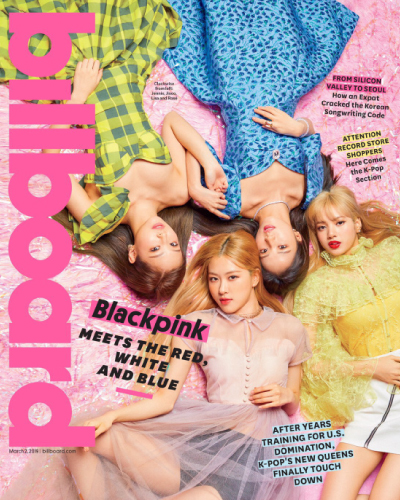 Global sensation Blackpink is the first K-pop girl group to be on the cover of Billboard magazine.

Billboard released the March edition of the magazine and the main article featuring their exclusive interview with Blackpink on Thursday.

The magazine has five different covers - one featuring all the members together and the other four featuring one of each member of the group. In February last year, Billboard released eight magazine covers with boy band BTS for their cover story. The BTS edition of the magazine sold out.

Ever since Blackpink signed a contract with Interscope Records, a major music label under Universal Music Group in the United States in October last year, the group has appeared on major TV shows in the country, including ABC’s “Good Morning America” and CBS’s “The Late Show with Stephen Colbert.”

The group is also set to kick off their North American tour in April.