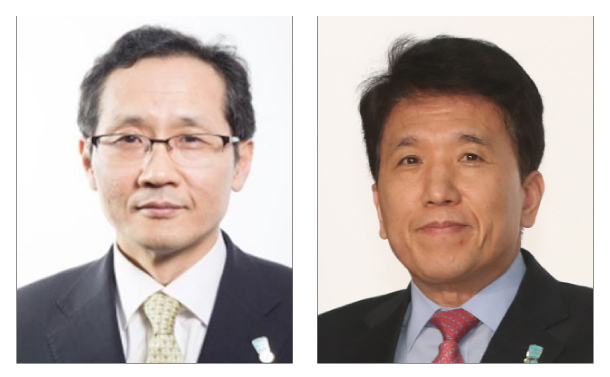 KEB Hana Bank has nominated Ji Sung-kyoo, its vice president in charge of global business, as the sole candidate to take over as president of the bank, ending a bid by scandal-ridden head Ham Young-joo to keep the position for a third term.

Ji, who graduated from Yonsei University with a degree in business management, started his career in finance in 1989 when he joined Hanil Bank, now merged with Woori Bank.

He moved to Hana Bank in 1991 and has built his career on specializing in the Chinese market as he not only worked at the bank’s branch office in Hong Kong but also in Shenyang, China.

He was also in charge of the establishment of Hana Bank’s corporation in Beijing in 2007.

The bank said Ji, who has not only headed the bank’s China corporation but also has experience in sales, accounting and strategy, was considered the best candidate to drive the bank through a generation change. KEB Hana Bank said Ji will help expand it globally with the help of IT technologies including big data.

Recently, the Financial Supervisory Service has been pressuring KEB Hana Bank not to extend current president Ham’s term as he has been indicted and is still on trial for alleged involvement in a job-related scandal.

Ham, who has been the bank’s president since 2015, is accused of influencing the bank’s human resources department to hire the son of an acquaintance while tampering with the gender hiring ratio to be more favorable toward men in 2015 and 2016.

Hana Financial Group earlier said it would be nominating Ham as president of the bank. If so, it would have been his third term.
The FSS immediately raised concerns.

Ji’s nomination will be finalized during the bank’s shareholders’ meeting on March 21.