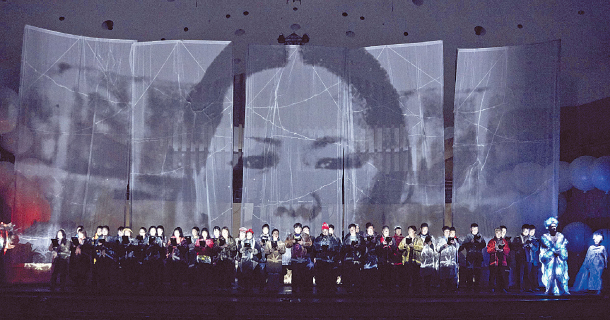 The face of Korean independence heroine Yu Gwan-sun appears during the Korean premiere of Spanish theatrical group La Fura dels Baus’ production of Haydn’s 1798 oratorio “The Creation” last Friday at the Art Center Incheon in commemoration of the centennial anniversary of the March 1 Independence Movement. [YONHAP]