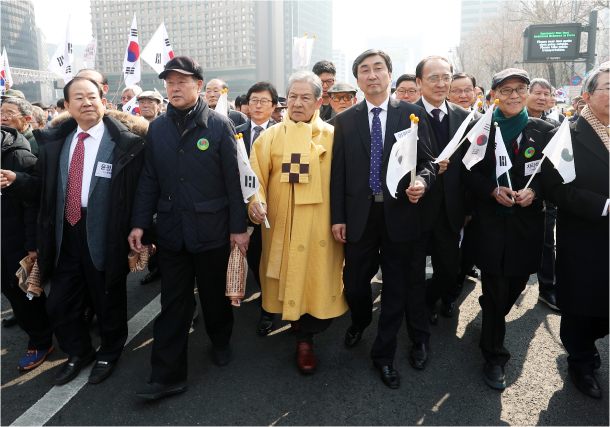 The city of Seoul was criticized by many historians for planning a reenactment of King Gojong’s funeral for the centennial of the March 1st Independence Movement. They argued it was not right to celebrate King Gojong, who was a monarch and caused the dynasty’s collapse with his incompetence and corruption. They said March 1 was a movement organized by the people to build an independent, democratic country free from imperial Japan, even though the funeral provided an opportunity for people to gather over a century ago.

In fact, the March 1st Movement was a large-scale labor and social movement organized by students, workers, merchants, artisans and farmers, and they also carried out store closures and strikes. It was not only about Joseon against Japan, but also about the people versus the ruling class. People in the Joseon period suffered from extortion by officials and incompetence of the royal family, as testified by Western travelers during the late Joseon Dynasty (1392-1910). Before they had a chance to overthrow the old system the dynasty fell under foreign control.

While modern philosophy spread and citizens became aware of liberty, the situation did not improve. The ruling class changed from the Joseon Dynasty to imperial Japan. The March 1st Movement reflected the anger toward the ruling power suppressing the people’s efforts — and freedom — to build a modern and democratic country. This was revealed in the Declaration of Independence of February 8 by Joseon students in Japan, which ignited the March 1st Movement in Korea.

The Feb. 8 declaration reads: “They have not only banned political rights, freedom of assembly and association, and freedom of the press and publication, but also limited freedom of religion and freedom of enterprise, to a great extent, while all the administrative, judicial and law enforcement institutions under their rule have been violating human rights of Koreans. Claiming that Koreans are fundamentally inferior to the Japanese, Japan offers us inferior education in order to maintain the country as a subservient population … Japan attempts to permanently bar Koreans from obtaining the opportunity to acquire knowledge and experience in governance.”

The Feb. 8 declaration said Korea must “build a new nation modeled after advanced nations and on the foundation of democracy based on justice and freedom, even though the harms and unhappiness resulting from many years of autocracy have led the Korean people to today’s reality.” It reveals an aspiration for a democratic nation, not a nationalistic restoration that romanticizes the Joseon Dynasty.

Among the independence activists during the Japanese occupation, many were globally-minded socialists, not nationalists. Most of them went to North Korea after liberation, but they ended up in a totalitarian system where the Joseon-era Lee dynasty was replaced by the Kim dynasty in the name of “People’s Republic.” They were tragically purged. Now is time to shed new light on the identity of the March 1st Movement, beyond nationalism.