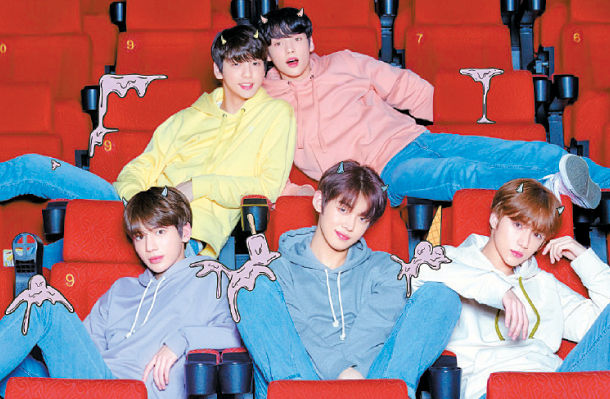 After months of speculation and anticipation, the boys of new five-member act Tomorrow X Together made their official debut on Monday evening through a special that aired on cable channel Mnet.

The new boy band, who is being referred to as TXT, is first boy band from Big Hit Entertainment in six years. They follow BTS, currently one of the most successful music groups not only in K-pop, but all over the world.

TXT showed off the five tracks off of their debut album “The Dream Chapter: STAR,” on the Mnet show titled “TOMORROW X TOGETHER Debut Celebration Show.” The album hit music streaming services worldwide at 6 p.m.

The group’s five members - Yeonjun, Soobin, Huening Kai, Taehyun and Beomgyu - performed their synth pop lead track “CROWN” for the first time, as well as “Nap of a Star” and “Blue Orangeade.” The show featured the boys introducing themselves and footage they took while traveling together before their big debut.

Coming as the first new act put together by talented producer Bang Si-hyuk, the director of Big Hit Entertainment, TXT garnered popularity among fans even before they released their first song.

The preorders for their album exceeded 100,000 within three days after it went on sale, and the group’s introduction film had over 6.5 million views on YouTube as of Monday afternoon.

The members of TXT will be meeting with fans today at their first album showcase.