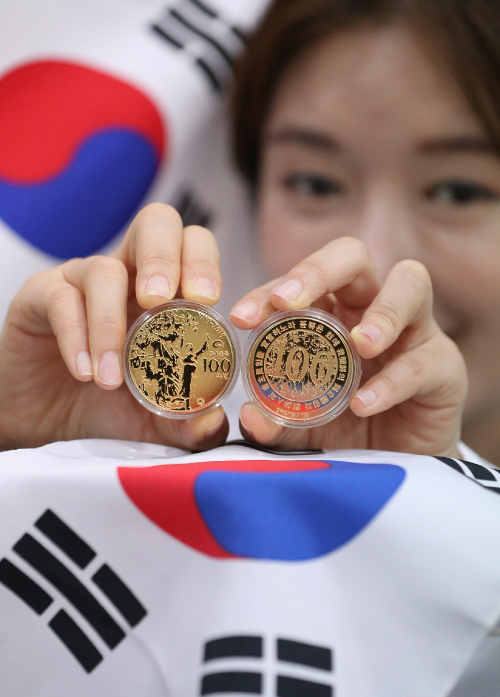 ­Commemorative gold coins co-produced by Korea Minting, Security Printing & ID Card Operating Corporation (Komsco) and Poongsan Hwadong to celebrate the 100th anniversary of the March 1 Independence Movement are displayed at a Komsco public relations office in Mapo District, western Seoul. The coins, which depict Tapgol Park in central Seoul, have been designed to remember the spirit of the independence movement. [NEWS1]