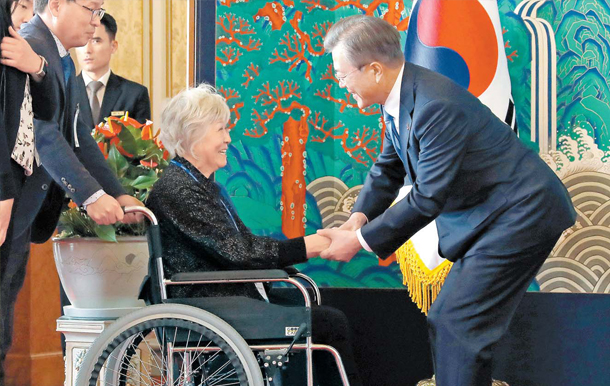 President Moon Jae-in welcomes Shim Soon-bok (in wheelchair), a granddaughter of Jang Byung-hoon, an independence fighter against Japanese colonial rule a century ago, at the Blue House on Monday. President Moon invited 65 descendants of independence fighters who have lived overseas in countries such as the United States, China, Russia, Canada, Brazil, Kazakhstan, Australia and Japan to a luncheon to celebrate the centennial of the March 1 Independence Movement this year. [YONHAP]