Through Saturday: The solo show of artist Zu Do-yang features 15 photographic works that give viewers a whole new view of famous temples. For example, “Emptiness IX” was created by combining more than 70 photos of the interior of the famous Haein Temple’s main building, Daejeokgwangjeon, which the artist took from various angles. The result is a Mandala-like image that conveys a sense of infinity.

“[In Buddhist philosophy], there is neither eternity nor unchangeable essence,” the artist explained in a note about the series’ title.

“Everything changes; accordingly there is a hole in the place where eternity and unchangeable essence were supposed to exist: the hole is emptiness.”

Admission is free. Go to Myeongdong Station, Line No.4, exit No. 4.

Mezzotint, a Western printmaking method that features intaglio on copperplates, can produce exquisite gradations of light and shade. Based first in Europe and then the United States, Hwang devoted more than three decades to using the craft to depict everyday objects, sometimes in surrealist juxtapositions that reminiscent of Belgian artist Rene Magritte, and familiar landscapes from unfamiliar, poetic angles.

Yet since his return to Korea in 2000, Hwang has focused on oil paintings, as his age no longer allows for the hard and elaborate labor typical of mezzotint. The paintings on display share the similar surrealistic and poetic ambience that characterize his former mezzotint prints. 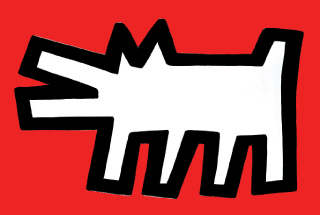 Through March 17: Though Keith Haring died at the young age of 31, it never stopped him from attempting to bring art closer to people’s lives.

Faithful to his goal and motto - “Art is life, life is art” - Haring would take to the New York subway every day, drawing quick on-the-spot pieces on empty advertisement boards for 40 minutes using white chalk.

The exhibition features 175 works loaned by the Nakamura Keith Haring Collection, including some original pieces of the chalk drawings taken from the 1980s, as well as his later paintings that received much praise. 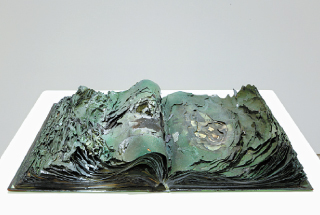 Through March 24: Museum Ground, a new art museum founded by Korean artist Chun Kwang Young, has selected a solo show from Jean Boghossian for its inaugural exhibition. Although the Brussels-based Lebanese artist of Armenian descent is better known in Korea as president of the Boghossian Foundation for charity and art patronage, he is well-known as an artist in Europe and the Middle East, and was exhibited in the Armenian Pavilion at the prestigious 2017 Venice Biennale.

In 2010, the 68-year-old artist began to use techniques of fire torching and perforation to create unique abstract paintings. “For the last eight years, my work has been defined by flame, fire and smoke,” he said.

Meanwhile, Museum Ground consists of three galleries, a cafe and an art shop, gardens - including a sculpture garden - and a building used as a studio by Chun.

A COLLECTION OF KOREA

Through March 31: Kansong Art and Culture Foundation is currently holding an exhibition at Dongdaemun Design Plaza (DDP) to mark the centennial of the March 1, 1919, Independence Movement. Although Chun Hyeong-pil (1906-62) did not directly participate in the independence movement as an activist, the foundation said it wanted to honor him as a cultural independence activist as he dedicated his life to protect his country’s cultural artifacts.

The exhibit displays some 60 artifacts, including six National Treasures and many valuable crafts Chun was able to purchase and collect during the Japanese colonial era (1910-45). These artifacts could have been taken away by foreign powers if it weren’t for Chun’s determination at the auction houses. Some of the artifacts include “Blue-and-White Porcelain Bottle with Chrysanthemum Design in Underglaze Iron and Copper” (National Treasure No. 294); “White Porcelain Huijun,” which is a bull-shaped jar used to store liquor; and “White Porcelain House-shaped Water Dropper with Landscape Design in Underglaze Iron,” which Chun won at auction for 880 won at the Gyeongseong Art Club, among others.

This will be the final Kansong exhibit at the DDP’s Design Museum. The venue is closed on Mondays. Go to Dongdaemun History and Culture Park Station, Lines No. 2, 4 and 5, exit 1. Admission is 10,000 won.

Through March 31: The exhibition looks at the world of Cubism from its birth in 1907 to its later development.

The 90 works by 20 artists, including those by Pablo Picasso (1881-1973) and Georges Braque (1882-1963), who together invented Cubism, have been taken from the contemporary art section of the City of Paris’ Museum of Modern Art, including some large-scale paintings that have traveled outside the city for the very first time.

The exhibition begins with two paintings by French post-impressionist painter Paul Cezanne (1839-1906), who inspired both Picasso and Braque. The second part of the exhibit looks at the two geniuses’ creation of Cubism. The third section displays works by following cubists who took on Picasso and Braque’s mission and added their own individuals flairs, especially Robert Delaunay (1885-1941) and Fernand Leger (1881-1955). And the final section features four large-scale paintings by Robert and Sonia Delaunay. The 5-by-5 meter (16.4-by-16.4 foot) paintings were created for the Salon des Tuileries in 1938, and have traveled outside of Paris for the first time for this Seoul exhibition. 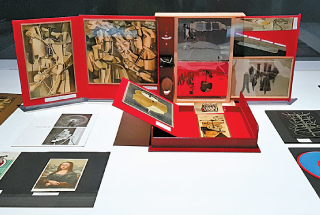 Through April 7: The largest-ever retrospective of artist Marcel Duchamp (1887-1968) in the Asia-Pacific region has been co-organized by the Korean museum and the Philadelphia Museum of Art, which possesses the world’s largest collection of Duchamp’s works.

The Korean exhibition features about 150 pieces from the U.S. museum, including the most famous - or notorious - “Fountain” and other Duchamp “readymades.” He chose a ready-made urinal, signed the pseudonym “R. Mutt” on it and displayed it under the title “Fountain.” He said he “took an ordinary article of life, placed it so that its useful significance disappeared under the new title and point of view - created a new thought for that object.”

The retrospective is arranged chronologically and divided in four sections. The first section includes “Nude Descending a Staircase (No. 2).” The second section includes the famous “readymades,” including “Fountain” and “Bicycle Wheel.” Among the exhibits in the third section are U.S. artist Man Ray’s photographs of Duchamp dressed as a woman - his female alter ego Rrose Selavy, a play on words of the old phrase “Eros, c’est la vie.” The fourth and final section features drawings, small sculptures and photos made by Duchamp during the process of creating the room-sized diorama “Etant donnes.”