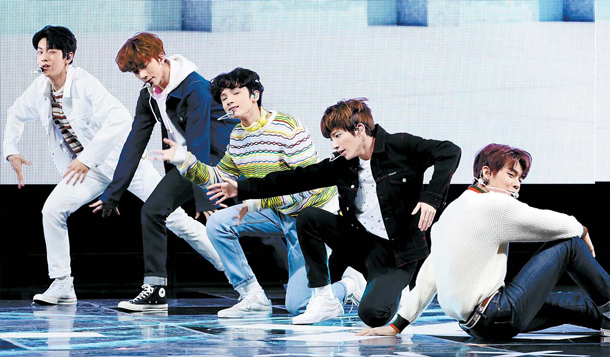 Big Hit Entertainment’s brand new boy band Tomorrow X Together (TXT) performs at its debut showcase Tuesday at the Yes24 Live Hall, eastern Seoul. The music video for its debut song, “CROWN,” had over 10 million views within just 13 hours of its release on Monday, the fastest a band making its debut this year has reached the milestone. [YONHAP]