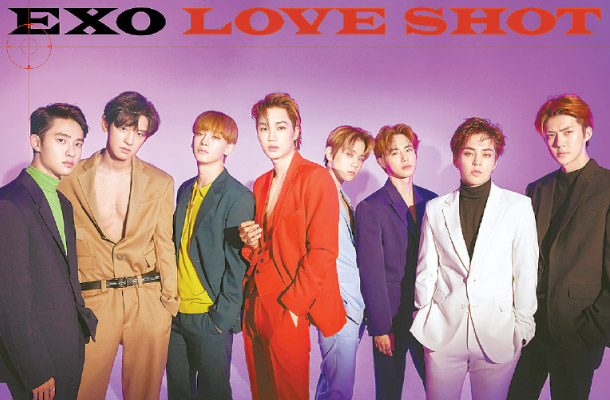 Boy band Exo added their 10th video to their list of songs with over 100 million YouTube views on Monday, announced SM Entertainment.

According to the agency, the music video for “Love Shot” (2018) surpassed the 100-million-view milestone on Monday.

“Love Shot,” the lead track off of the group’s fifth repackaged album released in December, topped not only local music charts but also hit No. 1 in 62 regions on the iTunes music charts.