Hanjin’s Cho to step down as director at six affiliates

Hanjin’s Cho to step down as director at six affiliates

Hanjin Group Chairman Cho Yang-ho will step down from the board of directors of six of the group’s affiliates by the end of this year in an effort to focus on the core businesses, said Hanjin in a statement Tuesday. 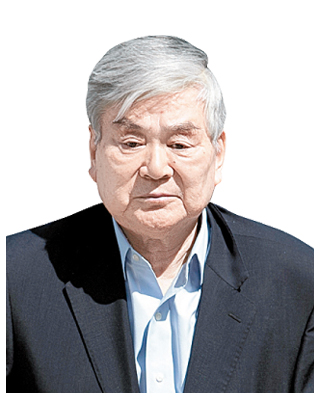 “Cho decided to drastically cut down on his positions [at Hanjin affiliates], from nine to three, to concentrate on the group’s core units in a bid to lead the rebound of Hanjin Group,” said the statement.

Cho is currently on the board of Hanjin Group and six of its affiliates: Hanjin KAL, Korean Air, Jin Air, Jungseok Enterprise, Hanjin Information Systems & Telecommunication Corporation and Hanjin Travel. He is a non-registered director at Korea Airport Service and KAL Hotel Network, the operator of the Grand Hyatt Incheon.

Whether Cho will be reappointed to the board of the three affiliates after his tenure ends will be decided at upcoming board meetings.

Korean Air held a board meeting Tuesday and added Cho’s reappointment to the agenda for a shareholder meeting on March 27.

“Amid the economic uncertainties, there are tasks [that Cho Yang-ho needs] to handle like stabilizing the joint venture partnership with Delta Air Lines, and hosting the IATA [International Air Transport Association] Annual General Meeting and World Air Transport Summit in Seoul [in June],” said a statement from the Korean Air board.

The conglomerate has been seeking measures to improve corporate governance ever since it came under fire in recent years due to scandals including embezzlement and smuggling involving Cho and his family.