SK Holdings to separate roles of CEO and chair of board

SK Holdings to separate roles of CEO and chair of board

SK Holdings will separate the positions of CEO and chairman of the board of directors, which at the moment are both held by SK Group Chairman Chey Tae-won.

The matter will be put to a vote in an upcoming shareholders meeting. If it goes through, Chey will step down as chairman of the board. 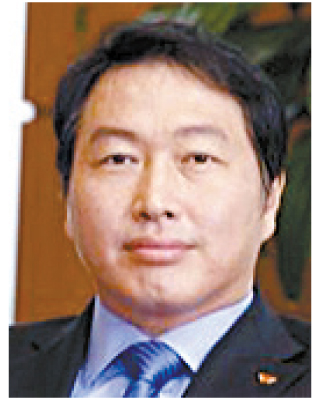 SK Holdings’ board of directors gathered in a meeting Tuesday and decided to change the bylaws so that the CEO cannot take on the role of chairman. A vote was passed to make changes to SK’s articles of association which currently states the CEO also serves as the board’s chairman. The article saw Chey become CEO and chairman in 2016.

“If the article change is passed at the shareholders meeting, directors will vote for a chairman among themselves to take on the role of organizing and presiding over board meetings,” SK said in a statement. The move is in line with SK’s initiative to enhance transparency in corporate management and align its governance structure with global standards. In a Tuesday statement, the company said it expects the separation of the two roles to increase the board of directors’ independence and enforce its role in monitoring the company’s activities.

Dividing the CEO and chairman is still uncommon in Korea, where many companies see the system as an efficient way to give the company head more say in management decisions.

Making conglomerates improve their corporate governance system has been one of the major focuses under the current Moon Jae-in administration and the Fair Trade Commission (FTC). Last year, an FTC report pinpointed Samsung Electronics and Samsung C&T as having separated their CEO and board chair as “an exemplary case of improving governance structures.”

SK’s directors on Tuesday also voted in favor of increasing the number of external directors from four to five.

One external director will terminate their term this month, but two more will be newly joining the board: Yeom Jae-ho, former president of Korea University, and Kim Byung-ho, Hana Financial Group former vice chairman. Yeom is rumored to be a strong candidate for SK’s next board chairman after Chey steps down.