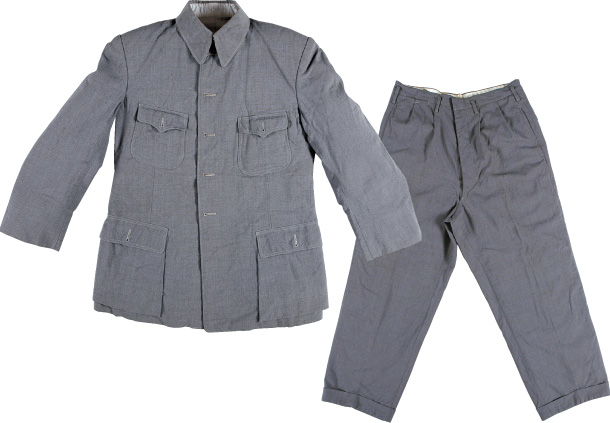 Conservation treatments have been carried out on two garments worn by Korean independent fighters Seo Jae-pil (1864-1951) and Yu Rim (1894-1961) over the past year and were finished just in time to commemorate the 100th anniversary of the country’s independent movement.

The clothes are part of the collection of the Independence Hall of Korea. After seeing deteriorations, they were sent to the National Research Institute of Cultural Heritage to be preserved.

A doctor’s gown that was worn by Seo is Korea’s Registered Cultural Heritage No. 607. According to the Cultural Heritage Administration, Seo wore this coat while he was “working as a doctor in the United States, devoting himself to Korean independence with patriotic zeal.” Seo also worked as a journalist and founded the Korean newspaper “The Independent” or “Tongnip Sinmun” in 1896. He also took the lead in organizing a series of coups known as the Gapsin Coup that began in 1884. When the coup failed, he took refuge in the United States and became the first Korean to become a naturalized citizen of America. Inside his gown, the initials of Seo’s English name can be found, “Dr. P.S.J.” Seo’s English name was Philip Jaisohn.

The greyish-blue jacket and two pairs of pants that belong to Yu, whose real name is Hwa-yeong, is Registered Cultural Heritage No. 609. According to the Cultural Heritage Administration, the “suit is a significant relic that exhibits the typical clothing style of independence activists of that time.” It is made with woolen cloth in the late 1950s, right after Korea’s liberation. The administration believes that Yu wore this suit while he was working as an official of the Provisional Government of the Republic of Korea.