Local authorities finally got hold of conversations shared on the mobile messaging app KakaoTalk from K-pop megastar Seungri which allegedly show him arranging prostitutes for foreign investors who visited Seoul. 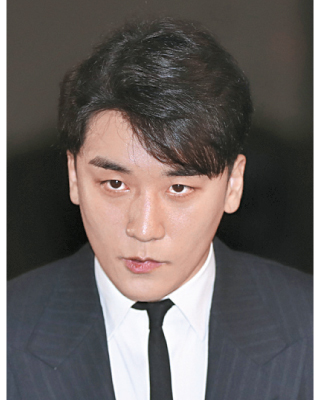 But it’s not the Seoul police, who have been extensively investigating Seungri and his acquaintances for weeks, who received the crucial tip-off.

Major local broadcaster SBS reported Monday that an anonymous source submitted the Kakao chats to the government’s Anti-Corruption & Civil Rights Commission on Feb. 22. The news agency gave no information on the identity of the source but said that the conversations, which date back to 2015, seemed to indicate that Seungri ordered his employees at Burning Sun, a night club in Gangnam District, southern Seoul, which he had a stake in, to impress investors who were about arrive in Seoul with prostitutes at a different night club in Gangnam.

An edited version of that Kakao conversation was first revealed in an article that was published by SBS funE, an affiliate of SBS, on Feb. 26. In the report, Seungri was quoted as telling his employees to make sure they bring prostitutes who “give well.” The SBS funE reporter who wrote the story explained to local media that she was forced to “refine” several expressions from the KakaoTalk messages that were “far too vulgar” to be used in a public news piece.

At the time, Seungri’s agency, YG Entertainment, denied the SBS funE report and said the Kakao messages were fabricated. The singer, who is part of the five-member boy band Big Bang, said he never made such comments during a recent police questioning and said he couldn’t remember the situation because it happened more than three years ago.

The police apparently did not know that the Anti-Corruption & Civil Rights Commission received the Kakao chats before the SBS report was out on Monday. In a news conference that was held just hours before SBS broke the news, officers said they haven’t seen the unedited Kakao messages so far and that they believe such a conversation never took place.

After the SBS report, Seoul police said they’ve asked the commission to hand over the chats.

The source who submitted the Kakao chats to the commission told SBS that the decision to provide the evidence to the commission instead of the police was based on the fact that some police officers have been accused of colluding with Seungri to hide the litany of crimes that allegedly ran rampant at Burning Sun. The club recently shut down after allegations rose that some employees and partygoers there sold and took drugs, which Seoul police are currently investigating as well. The commission refused to comment on whether it received the Kakao chats on Tuesday, citing the need to protect the source.