The Han River was obscured by fine dust on Wednesday. The same day, the government announced fine dust emergency measures that limit the use of diesel cars and the operation of thermal power plants. The peninsula has been covered by the pollutant all week, with levels at or near records. [YONHAP]

By 2050, the Korean Peninsula could be an environmental dystopia, warns the National Assembly Futures Institute (NAFI) in a recent report.

The average temperature could rise to 13.8 degrees Celsius (56.84 degrees Fahrenheit), 2.8 degrees Celsius higher than the current average, while heat waves will occur 26.6 days a year on average, 2.8 days more than expected for 2021. Such dramatic changes could limit outdoor activities.

Intensifying ground-level ozone pollution will only make matters worse. Exposure to ozone gas harms lungs and irritates eyes. Although the problem is not yet serious, the Organization for Economic Cooperation and Development estimates that by 2060, the death rate from ozone in Korea will reach 1,109 for every one million people, which is higher than China’s current 662.

According to the report, Korea will experience an unprecedented environmental disaster in the absence of bold, significant changes. The reported focused on five major issues: ozone emissions, extreme weather changes, fine dust, plastic waste and the green-area ratio.

“How we react to these problems will determine the outcome for the country,” said Park Sung-won, a NAFI researcher.

The institute suggested that Korea immediately start cutting fossil fuel use and increase the use of low-carbon energy technologies.

The country has already demonstrated its commitment to the environment. It vowed at the Paris Summit in 2015 to decrease its ozone gas emissions by 37 percent to 315 million tons by 2030. The country was also one of the 195 to commit to limiting global temperature increases at the Intergovernmental Panel on Climate Change (IPCC) last October.

“The initiative is only possible if the world reduces its carbon dioxide emissions by at least 45 percent from 2010 to 2030,” an IPCC report said. “It is important for countries reduce their fossil fuel use as much as possible while committing to more low-carbon energy.”

NAFI argues that current efforts are not enough to escape the gloomy forecast.

Although the Moon Jae-in administration is working for more environmentally-friendly energy production, Korea is not on track to be completely carbon-free, the institute said. The administration announced only 10 nuclear power plants out of the 23 in place are expected to remain operational in 2050.

“The disastrous outlook for the whole of humanity is gradually becoming a reality,” said Choi Dong-jin, director of the Institute for Climate Change Action.

“It is ideal to abruptly stop using nuclear plants, but conflicts are unavoidable as the initiative requires a major reorganization of the current industrial structure.”

The strong public reaction to electric-fee increases is likely to hinder environment-friendly energy initiatives in the future, NAFI said. Yet the institute remained optimistic, citing possible energy consumption declines as the population decreases after 2030. It also predicted that technological breakthroughs can make energy use more efficient. 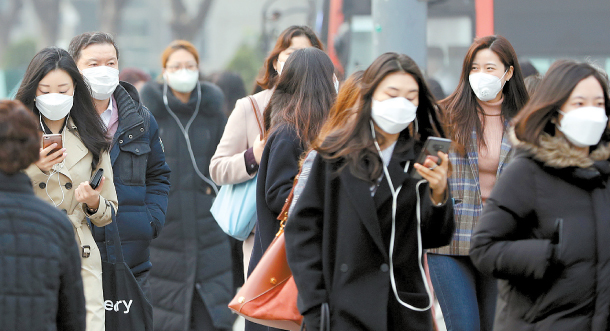 “It is impractical to consider developing natural gas plants as an all-out alternative to coal and nuclear power,” said Yang Hye-yeong, senior researcher at the Korean Institute of Science and Technology Information. “There is a limit to what natural gas can provide as a base load.”

The IPCC claims global warming is unavoidable. The panel maintains that the matter ultimately comes down to slowing the pace of change rather than stopping the change itself.

NAFI argues that proactive responses can help the country turn the inescapable reality into an opportunity. By increasing support for people exposed to extreme weather and continually investing in renewable energy and resource circulation, the country can vitalize the green industry.

Researchers project Korea could look drastically different by 2050 depending on what direction the country takes. It could potentially succeed in increasing the renewable energy supply while still overconsuming. The worst-case scenario is Korea failing in all ways, not using enough renewables and increasing consumption overall.

Ideally, Korea could become an environment-friendly country by 2050. By then, its energy production would come from renewable sources, nuclear power and natural gas. Energy consumption could also decrease from population declines starting in 2030 and highly-efficient energy consumption practices.

To realize their most idealistic vision, researchers favor bringing the free market to energy distribution.

“If the renewable energy distribution system works in a free market, we are essentially creating an environment for new services and sectors, thereby expediting the supply chain for renewable energy,” said NAFI researcher Jeong Hoon.

The country can also benefit from the adjusting electric rates, NAFI said. The institute argues that the current fees do not accurately reflect production costs.

Researchers believe that too much focus on the public interest can negatively influence renewable energy supply and systematic efficiency.