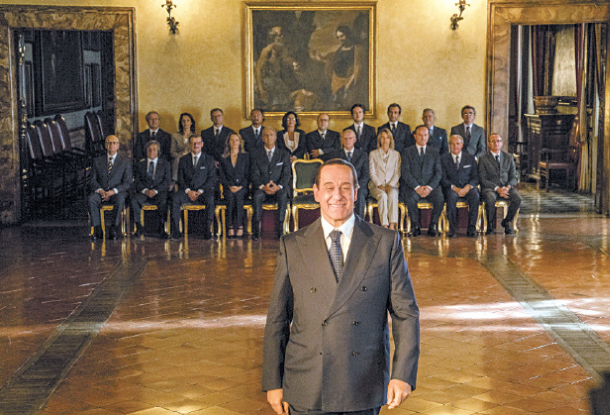 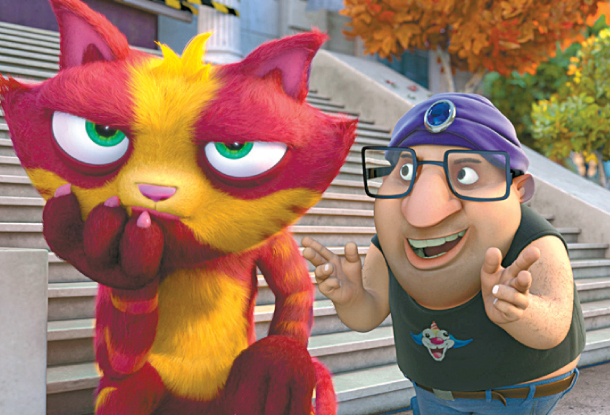 Directed by Academy Award-winning director Paolo Sorrentino, known for his films “The Great Beauty” (2013) and “Youth” (2015), “Loro” touches upon the themes of corruption and seduction, telling the story of the controversial political figure, Silvio Berlusconi.

Sergio Morra (Riccardo Scamarcio) is a young and ambitious business owner who bribes politicians. One day, he and his lover Tamara (Euridice Axen) decide to head to Rome to reach out to Silvio Berlusconi (Toni Servillo), the former Prime Minister of Italy who, after being involved in several scandals, resigned and moved to a private villa in Rome.

Morra plans several schemes in order to meet Berlusconi, in order to take advantage of his authority and climb up the political ladder. In the process, he bribes politicians and bonds with several famous mistresses. Meanwhile, Berlusconi devises his own plan to regain his political power.

The two are ready to use whatever means necessary to satisfy their personal desires.

A rom-com starring Thai-born K-pop star Nichkhun from boy band 2PM and Thai actors Urassaya Sperbund and Sunny Suwanmethanon, “Brother of the Year” deals with the rivalry between Jane (Sperbund) and her brother Chut (Suwanmethanon).

When Jane, a top student, returns to the flat in Bangkok she shares with her brother after studying in Japan for four years, Chut is not at all happy. He has always felt like a failure standing next to his sister. It only gets worse when Jane starts dating a colleague named Moji (Nichkhun), who also happens to be his client at work.

Chut starts to act more immature and attempts to interrupt their love life, telling their mother about Jane’s secret relationship. Jane, frustrated with her brother’s actions, prepares to get revenge on Chut.

The film, directed by Witthaya Thongyooyong, was a hit in Thailand when it was released last year. 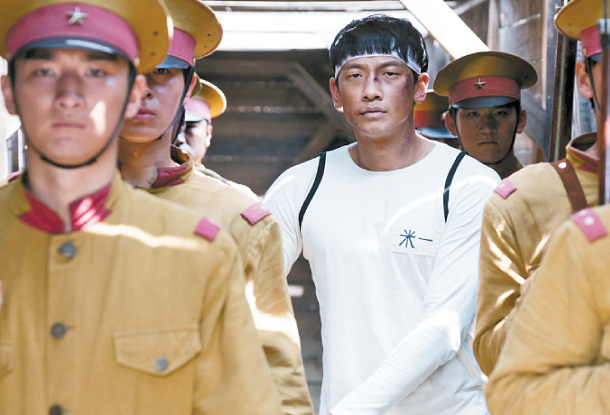 Lino, a shy and lethargic children’s party planner, is dissatisfied with his life: children make fun of him all day because he wears a tacky, ugly cat costume while he works.

One day, he visits a wizard named Don Leon and asks him to change his life. But that doesn’t turn out so well - the wizard makes a mistake and Lino instead turns into what he despises the most: a real “fat” cat.

In the beginning, Lino, who is now a cute cat, receives all the attention he had never received before. But that doesn’t last long because he now faces another crisis in his life.

Will he be able to survive and return to his human form?

Packed with the exciting adventures of a cat and his new friends, the animated movie is directed by the Brazilian director Rafael Ribas, who was behind the animated film “The Happy Cricket and The Giant B” (2009).

I Dream in Another Language (15)

Linguist Martin (Fernando Alvarez Rebeil) travels to a small jungle in Mexico to conduct research on an indigenous language called Zikril, which is on the brink of extinction. He realizes that only two people - Evaristo and Isauro, both in their 70s - can speak the language. The two, however, who were once closest friends, are now bitter enemies due to a quarrel they had 50 years ago. Hoping to preserve the language, he attempts to reconcile the two.

But due to a secret hidden in the language, that will not be an easy task. Through the film, Mexican director Ernesto Contreras asks the question: what happens when an unpreserved language fades away?

The film was screened at the World Cinema Dramatic Competition section of the 2017 Sundance Film Festival and took home the Audience Award at Mexico’s 60th Ariel Awards last year. 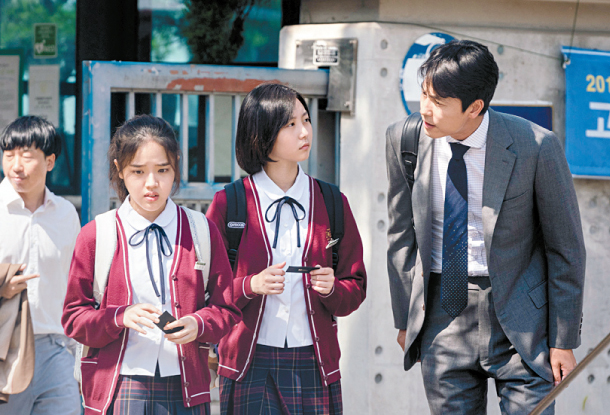 Um Bok-dong (Jung Ji-hoon) is a cyclist winning bicycle races across Korea in the early 1900s, a time when Korea was under Japanese colonial rule.

After Japan begins its rule in 1910, a race featuring professional Japanese cyclists is organized to show off how advanced they were over supposedly unskilled Korean cyclists.

Yet the race doesn’t turn out as planned when Um defeats all the Japanese cyclists and wins. He eventually becomes a national hero after winning race after race.

As patriotism spreads across the country, the Japanese decide to hold one last race in the hopes of breaking Um’s streak.

Unlike the stereotypical humble pastor, Pastor Park (Lee Jung-jae) is a money-lover who carries out profitable investigations against suspicious religious groups. He dresses up in expensive clothes and drives a BMW.

One day, a suspicious cult group called Deer Mount catches his attention. As Park delves into the group, he discovers the group has been involved in a string of murder cases that spans the past few years, including the recent murder of a student whose corpse was found in a tunnel.

Directed by Jang Jae-hyun, a devout Christian, the movie pushes audience members to reflect on how common people’s faith in God might be exploited by fanatical religious leaders. The film stars Lee Jung-jae, Park Jung-min, Lee Jae-in and Jin Sun-kyu.