Use your superpowers for good: Park Jin-young, Shin Ye-eun hope to make a splash in the tvN series ‘He is Psychometric’

Use your superpowers for good: Park Jin-young, Shin Ye-eun hope to make a splash in the tvN series ‘He is Psychometric’ 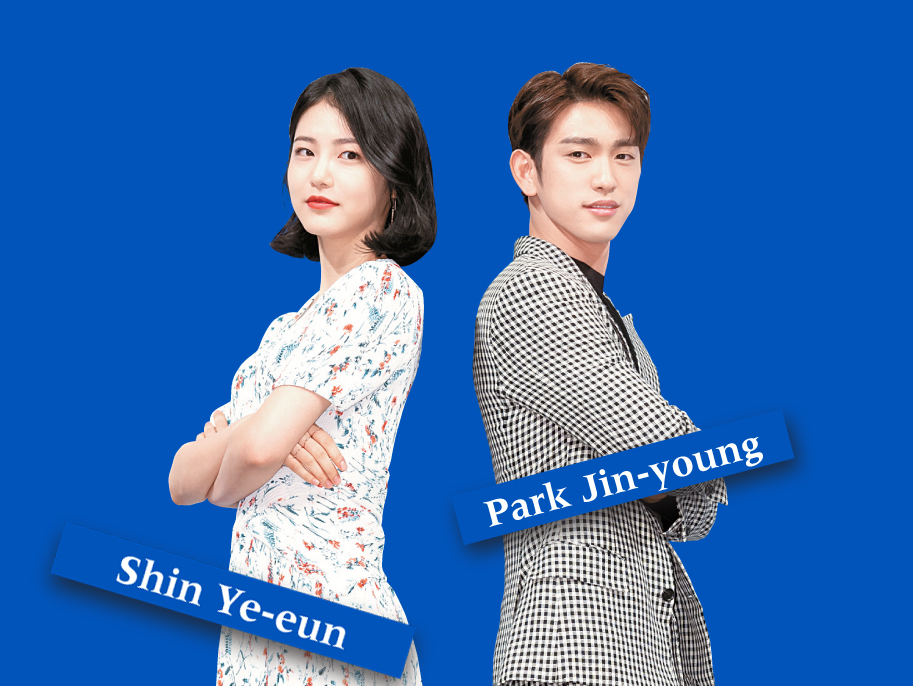 Supernatural powers, young love and a murder mystery — tvN’s new fantasy-drama series “He is Psychometric” has got it all.

The 16-episode series, which premieres next Monday at 9:30 p.m., is about Yi Ahn (Park Jin-young), a young man with so-called psychometric powers, which means he has the ability to read people’s memories just by touching them. Orphaned by a devastating and mysterious fire that killed his parents when he was just 8 years old, Yi aspires to become a policeman and uses his clumsy psychometry skills to help out his friends in law enforcement — policewoman and love interest Yoon Jae-in (Shin Ye-eun), prosecutor Kang Sung-mo (Kim Kwon) and detective Eun Ji-soo (Kim Da-som).

The new series, reminiscent of such older TV dramas as “I Can Hear Your Voice” (2013) and “A Girl Who Sees Smells” (2015) that feature supernatural protagonists, is the latest project in a long list of director Kim Byung-soo’s other-worldly filmography. Kim’s past works include “The Bride of Habaek” (2017), a tale of romance between a water god and a human, and the time travel mystery “Nine” (2013).

“‘He is Psychometric’ is a coming-of-age series about two 19-year-olds,” Kim explained at a press briefing Tuesday as he sat down with the four lead actors to promote the upcoming series. “It starts off as a romantic comedy, then becomes more melodramatic and dark as the show progresses.”

According to Kim, he already had the script for “He is Psychometric” five years ago, but had to put production on hold because he couldn’t find the right lead actor. That is, until he met Park.

“There aren’t many young actors in their 20s and I was searching for a new face,” said Kim. “When I came across Park in the drama ‘My Love Eun Dong,’ he really grabbed my attention.”

Left: A promotional poster for “He is Psychometric,” which premieres next Monday at 9:30 p.m. on tvN. Right: High school seniors Yi Ahn and Yoon Jae-in get into a misunderstanding early on in the new drama series. [TVN]

Park Jin-young, 26, is a member of GOT7, a boy band under JYP Entertainment. He is no stranger to acting, having debuted in 2012 through the high school drama series “Dream High 2” and starring in the 2016 film “A Stray Goat.”

“I was initially worried because this is the first time I’m starring as the lead of a TV drama series,” said Park. “But I developed faith in director Kim after talking with him. I began to think that I would do well as long as I just expressed myself and followed the script.”

“Ye-eun and I practiced our dialogue together at our office,” Park added. Shin, who plays his on-set love interest, is also managed by JYP Entertainment. Although she’s a newcomer in the industry, she recently shot to fame through her role in the popular teen web drama series “A-Teen.”

The young actors worked hard to study the legal jargon and technicalities associated with their characters in preparation for showing up on set.

Kim Da-som, a former member of the disbanded girl group Sistar, went the extra mile to get into character.

“I thought it would be a discourtesy to take on my role as a police detective without having any background knowledge,” she said.

“So I talked to a policewoman with a similar background and interviewed her.”

“I asked her what kind of investigations she conducted and what kind of steps were involved. I also looked into the key responsibilities of women in the police force. I tried to familiarize myself with various aspects of the role, and went on Instagram and searched #police and #policewoman to see what kind of life they led on a daily basis.”

The team also took the briefing as an opportunity to address the scandal involving a former cast member, Jeong Yoo-ahn. Jeong, 21, who originally portrayed Kang Sung-mo as a child, dropped out of the drama mid-January after facing accusations of sexual harassment.

“The first thought that came to mind was ‘Why me?’” Kim Byung-soo said. “But it wasn’t something that happened out of my will. Actually, two days before the incident, Jeong was on set and I told him to stay away from drinking and go directly home. I think the incident happened due to stress from various factors, like acting.”

Producers quickly replaced Jeong with Jo Byeong-gyu, one of the stars of the recently-wrapped hit series “SKY Castle.” Although they had to re-shoot all the scenes that featured Jeong, director Kim said he took the unexpected turn of events as a new opportunity.

“We had actually reached out to Jo before casting [Jeong], but at the time, Jo told us that he had conflicting schedules. After ‘SKY Castle’ ended, however, he said he was available.”

According to Park, the cast members “had such a fun time filming” together.

“Sometimes, I couldn’t tell whether I was on a picnic or on a shoot,” Park said. “I hope that the audience can feel our happiness through the show.”

Park got a bit emotional when describing his role.

“As you’ll see through the show, he says what he wants to say and does what he wants to do. In the acting world you have to be cautious. When you’re working, you tend to hide your true feelings. But this role reminded me of my childhood.”

“He is Psychometric” premieres on March 11 and will air every Monday and Tuesday at 9:30 p.m. on tvN.