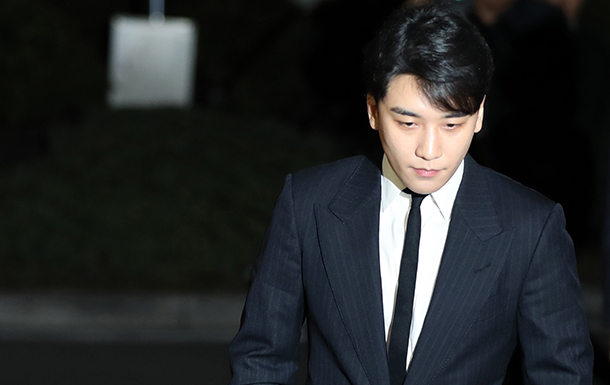 Amid police investigations into the southern Seoul club Burning Sun, which Big Bang member Seungri formerly had a stake in, the singer announced Friday that he will begin his mandatory military service later this month.

“Seungri will join the Army on March 25,” said his agency YG Entertainment in a statement. “He applied to become a conscripted police officer, but he will not be taking the position even if he is accepted, to minimize any unnecessary misunderstandings.”

According to YG, Seungri, 29, whose real name is Lee Seung-hyun, applied to become a conscripted police officer on Jan. 7.

All able-bodied Korean men must fulfill their 21-month military service. They are able to choose from serving in the Army, Navy, Air Force, the Marine Corps or as a conscripted police officer, as well as others.

Of the options, being a conscripted police officer is usually the preferred option as officers are allowed a weekly break, which isn’t the case for the other service options.

Seungri voluntarily went in for questioning by the police on Feb. 27 to discuss the recent issues surrounding Burning Sun and whether he had been aware of the drug trafficking and other crimes that went on inside the club.

He denied all allegations against him, but said that he was willing to participate in the investigation.

Additionally, on Feb. 26, local broadcaster SBS revealed text messages sent between Seungri and business partners in 2015, in which he arranged prostitutes for foreign investors visiting Seoul.

A full version of the conversation was handed over to the Anti-Corruption & Civil Rights Commission on Feb. 22.