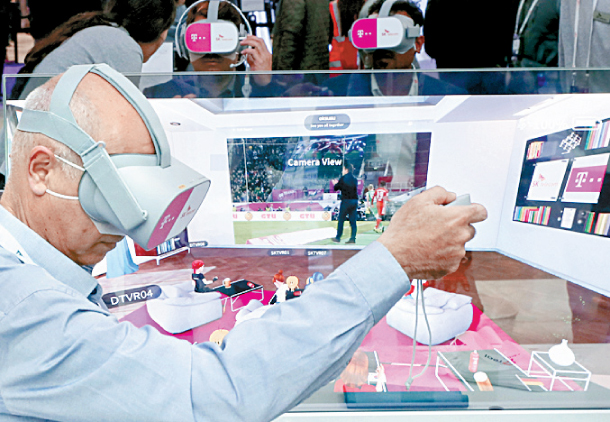 The super-fast 5G network will be commercialized within the next few months, but how much will smartphone users actually have to pay to access the service?

In the rush to become the first country to successfully commercialize 5G, the issue of how much it would cost wasn’t really considered until Tuesday, when the Ministry of Science and ICT rejected SK Telecom’s proposed 5G payment plan.

“The plan only includes packages that offer high amounts of data with high prices, so it could limit the options for those who use small to medium amounts of data,” said the ministry.

The cellphone plan has to be approved by an advisory board composed of 11 experts who examine the proposed pricing and consider if the deal is fair to users.

Although the issue the ministry highlighted was the price of data-rich packages, Korea’s telecoms companies are interpreting the decision as a sign that all plans have to be cheaper.

As 5G networks have the potential to allow for data transfer at 20 times the speed of the current 4G LTE, subscribers could use considerably more data than on their current plans.

As the largest mobile carrier, SK Telecom is the one that has to have its pricing plan approved by the advisory committee. KT and LG U+ then use SK Telecom’s pricing as a guideline for their own, so the decision on the larger company’s proposal directly affects the two smaller carriers.

SK Telecom hasn’t disclosed the details of the pricing plan it proposed to the government, but the large amount of data expected to be used on the new network means fees are bound to be notably higher than current 4G LTE rates.

Sources from the mobile industry have made it clear than in a 5G world, consumption of data will dramatically increase as the popularity of content like virtual reality and augmented reality grows.

One source used the example of a hologram, a futuristic form of content that is already in use today. A 1-centimeter wide cube of sugar uses up about 1 gigabyte of data, more than a two-hour movie.

“5G was invented to allow for a great amount of data to be exchanged freely,” he added, “so it is pointless to design a low-price system.”

The telecoms industry is also surprised by the government push for lower prices.

“Pricing is determined by exchanging ideas and mediating between carriers and the ministry every time,” said a source from the mobile industry.

“As the ministry unprecedentedly revealed the material and the process of discussion, it [has made it] look like mobile carriers are trying to earn excessive profits from phone users.”

Sources from the Science Ministry have rebutted the claim that the government was intentionally making telecoms companies look bad, arguing that the only reason they exposed the prices was because people are interested.

Minister of Science and ICT You Young-min even mentioned 5G pricing at MWC 2019 in Barcelona last week. He said that when it comes to mobile services that people should be able to enjoy, the ministry believes that prices should not be too much of a burden.

Industry insiders argue that it’s easier to set the prices too high and then lower them than it is to set prices too low and raise them later. Considering the trillions of won worth of investments that goes into developing a new network, they believe that setting prices high and lowering them if need be gives them a fairer chance of a return on investment.

“We built a highway by investing a large sum of money, but it is hard to predict how many cars, or data, will pass,” said a source from the telecoms industry who requested anonymity.

Experts also question whether the government’s intervention in the market is a good idea.

“The government’s comment is important in that mobile communication costs influence consumers,” said Choi Jae-boong, a professor at the College of Engineering at Sungkyunkwan University. “But other factors - the fact that 5G is the foundation of the fourth industrial revolution and autonomy - should also be considered in deciding prices.”

“The price should be determined without excessively infringing the authority of mobile carriers as well as allowing people to enjoy 5G service.”