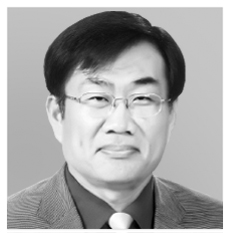 Joo Han-gyu
The author is a professor of nuclear engineering at Seoul National University.

Korea’s fine dust levels have been reaching new highs as of late, seriously endangering public health. As a result, the government is implementing policies such as the alternative-day-no-driving-system, but it appears the inconvenience outweighs the benefits. The pollution distribution map indicates that Korea’s fine dust issue is predominantly caused by China. But fine dust also comes from our domestic thermal power plants — mostly liquefied natural gas (LNG) plants around cities that emit nitrogen oxide. That factor cannot be ignored. A highly effective way to tackle the fine dust problem would be for both Korea and China to drastically decrease the number of thermal power plants, replace them with nuclear power and renewable energy, and increase the use of electric cars.

Some people might ask whether Korea should really risk using nuclear power to reduce fine dust. But fine dust is a constantly harmful element for the public. Korea’s annual average of fine dust — 25 micrograms per cubic meter — can shorten lives by about six months: that applies to every person breathing the air. A report also indicated that 11,924 Koreans died prematurely in 2015 due to fine dust.

Conversely, only one nuclear power plant accident involving the release of radiation has ever occurred anywhere — the 1986 Chernobyl disaster, in which 43 died. Not even a single person died from direct contact with radioactivity during the 2011 Fukushima disaster. That’s not all. No significant amount of radioactivity was released in the Three Mile Island accident of 1979, which involved a nuclear reactor of the same type as those in Korea. We must earnestly consider which type of power generation is best for public health and life protection. Recent survey results show that a majority of the public supports nuclear power.

The results of three national surveys conducted by the Korean Nuclear Society (KNS) — an academic group of nuclear scientists and engineers — and released last August, November and February showed nearly 70 percent of the respondents endorse nuclear power generation. The Korean government doubted the credibility of the surveys on the grounds that they were conducted by stakeholders. But that can hardly be an issue: in all three surveys, the respondents had not been informed of the fact that the KNS commissioned the studies. Also, the three surveys used the same questions, including those on the possibility of a grave nuclear accident and difficulties in handling spent nuclear fuel. They also asked about the low cost of nuclear power generation and the lack of emissions, including fine dust.

But when they were asked whether Korea should maintain the current level of nuclear power generation or increase it, or whether the nuclear power capacity in the country should be reduced, about 70 percent chose the former.

In a separate poll by Gallup Korea last January, 61 percent of the respondents also hoped to maintain or increase nuclear power generation capacity, while 27 percent answered otherwise. Such results show that a majority of the public supports nuclear power even though they’re aware of its shortcomings.

The Moon Jae-in administration’s energy policy to wean the country off nuclear power is nothing less than a campaign pledge crafted by people who harbor a prejudice against nuclear energy. The policy was established without going through the reasonable process of collecting public opinions or gathering insights from nuclear experts. Hence, the nuclear phase-out policy is neither reasonable nor the result of a democratic procedure. What really makes the policy undemocratic is the government’s self-righteous mentality that nuclear power is a vice, while renewable energy is a virtue. The government’s ill-conceived nuclear phase-out policy will almost certainly lead to higher utility bills, more fine dust and greenhouse emissions, as well as a critical loss of foreign currency. It will also undermine the steady supply of electricity needed for our fourth industrial revolution.

Korea boasts of the world’s top nuclear energy technology and competitiveness. But the industry is headed to demise since the liberal administration adopted the nuclear phase-out policy, including a ban of the construction of new nuclear plants.

Foreign countries will build more nuclear reactors as global warming and fine dust are increasingly getting out of control. Korea must not fall behind.

As seen in numerous polls, most Koreans are against the government’s nuclear phase-out policy. Over 420,000 people have signed an online petition (on okatom.org) registering their opposition. The government must scrap its self-righteous policy and start all over. That is the only way to clean the country’s air and improve public lives and the national economy.