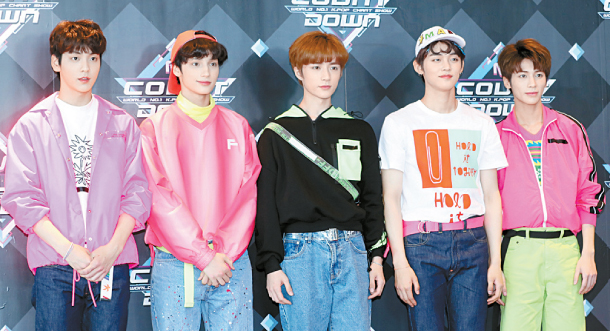 It’s been less than a week since its debut, and boy band Tomorrow X Together (TXT) is already big on social media.

According to their agency, Big Hit Entertainment, on Sunday, the band’s “TOMORROW X TOGETHER Debut Celebration Show,” which aired on music channel Mnet last Monday and was uploaded right after to Mnet’s K-pop YouTube channel in separate parts, had over 11 million views as of Sunday.

The music video of the title track “CROWN” from the band’s new album, “The Dream Chapter: STAR,” achieved over 10 million views within 13 hours of upload.

Even before TXT’s debut, it gained attention worldwide as Big Hit Entertainment’s first band in six years since BTS.

The band is set to unveil their first episode of reality show “Talk X Today” through its V LIVE account today at 8 p.m.