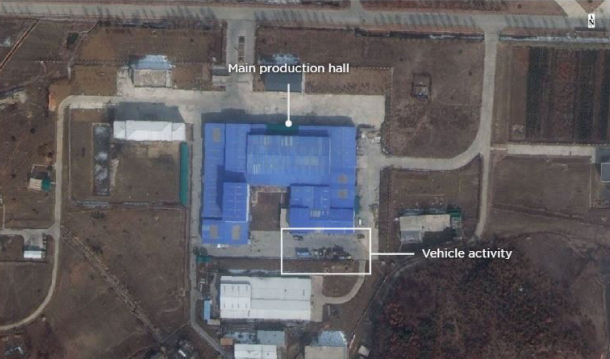 In an open letter addressed to propaganda workers of the North Korean ruling Workers’ Party, Kim defined ideology as “the most powerful weapon of the Korean revolution,” and called upon propagandists to “concentrate all efforts of information and motivation on accelerating socialist economic construction.” Excerpts were printed in English on the Korean Central News Agency (KCNA) website.

In a longer version of the letter published in the Korean edition of the Rodong Sinmun, Kim said the goal of the party was to get “all people to eat white rice and meat soup, wear silk clothes and live in a nice house” - a direct quotation of oft-cited words of the regime’s founder Kim Il Sung from an economic growth campaign in the ’60s.

Also notable in the letter was a reference to the personality cult around the Kim dynasty, a rare example of the regime explaining the logic behind its own indoctrination drive.

Kim said that propaganda efforts had to “deeply embed” into the people’s minds that the leader - suryong - was “not a figure detached from the people, but a leader who goes through life and death with the people and devotes himself to the people’s happiness.”

He continued, “If the leader’s revolutionary activities and characteristics are mystified for the sake of emphasizing his greatness, then the truth will be obscured.” Only when the people are “enthralled with the leader by camaraderie and in a humanly way” can “absolute loyalty emerge.”

While there was no direct mention of the summit in Hanoi, Vietnam, which ended with Trump walking out short of a deal, the letter’s focus on economic development - or at least using propaganda to prop up the idea - suggests Kim intends to be flexible in dealing with the West even amid signs that the regime is on the brink of resuming missile testing.

Last Tuesday, South Korea’s National Intelligence Service said activities were spotted at a military site in Sanumdong, on the outskirts of Pyongyang, which indicates the North is preparing to launch a long-range missile.

According to a National Public Radio (NPR) report in the United States from Friday, several vehicles, including cranes and trucks, were spotted in satellite images of the facility, where it is believed at least two of the North’s Hwasong-15 intercontinental ballistic missiles (ICBMs) - which have a range that could potentially reach the U.S. mainland - were manufactured around 2017.

The South’s spy agency backed up earlier reports by U.S. nuclear experts that North Korea is rebuilding a missile launch site in Tongchang-ri - known as the Sohae launch pad - based on satellite images. Kim agreed to shut down this site and carried out its partial dismantlement last year to build faith in his pledge to denuclearize.

According to a New York Times report on Sunday, officials in Washington had been briefing the White House for months that the North was continuing to produce uranium and plutonium in between the summits in Singapore last June to Hanoi last month.

The latest reports of Pyongyang evidently reneging on its promises prompted Trump to repeat he was “a little disappointed,” and add that only time would tell whether the denuclearization negotiations with the regime would ultimately succeed.

A U.S. State Department senior official later told reporters that day that it remained the Trump administration’s goal to reach a deal with the North Koreans, which it believes is “achievable” by the end of Trump’s first term in January 2021.

But the official dashed any suggestions that the United States would concede to Pyongyang’s desires for a gradual, tit-for-tat path to denuclearization. “Nobody in the administration advocates a step-by-step approach,” the official said. “In all cases, the expectation is a complete denuclearization of North Korea as a condition for all the other steps.”

The North, too, put forward a sentence containing harsh language toward what is presumed to be the United States in Kim’s letter, a departure from the relatively measured stance taken by its official media in recent months.

“Just like how the thieving saber-rattling by the imperialists toward our country became a piece of trash, the evil, slaughter-minded sanctions scheme will be unable to avoid disaster,” it read.

On Friday, an editorial in the official KCNA acknowledged for the first time that the Hanoi summit had ended without an agreement, adding that “public at home and abroad” were blaming the United States for such a “regretful” result.