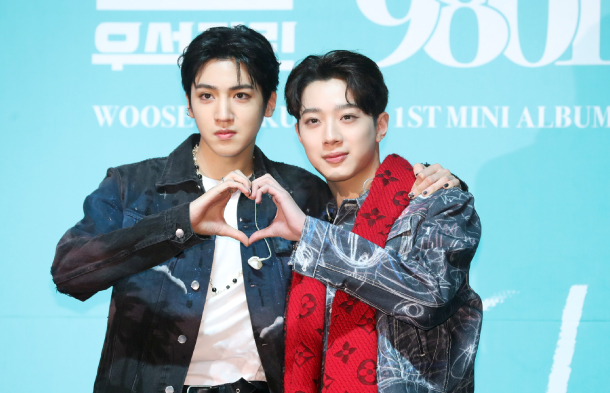 Singers Lai Kuan-lin and Wooseok pose for photos at a showcase Monday afternoon at the Yes24 Live Hall in eastern Seoul. The duo, dubbed WooseokXKuanlin, released an EP on Monday titled “9801.” While Wooseok is a part of the boy band Pentagon, this is Lai’s first release under his name after the project boy band Wanna One disbanded in December. “I feel so lucky that we were able to come together as a unit,” said Lai. The EP includes the title track “I’m A Star,” a hip-hop song that both singers produced and wrote, and four other songs. [NEWS1]