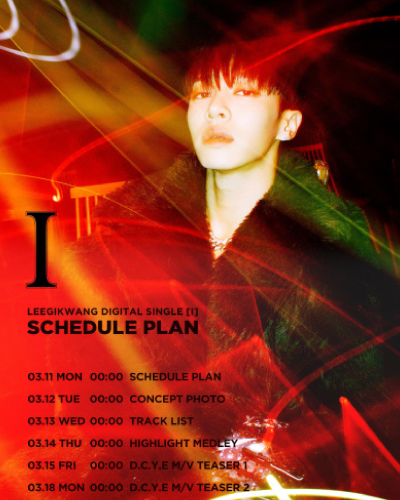 Lee Gi-kwang, a member of boy band Highlight, will release an EP before he begins his military duties in April, his agency Around US Entertainment said on Monday.

He will also hold concerts on March 23 and 24 at the Blue Square iMarket Hall in Hannam-dong, central Seoul.

Lee is scheduled to start his military duties as a conscripted police officer on April 18.

Yong Jun-hyung, another member of Highlight, will also enter the military in early April, according to a report by Ilgan Sports, an affiliate of the Korea JoongAng Daily.

Two other members of the group - Yang Yo-seop and Yoon Doo-joon - have already entered the army, while the band’s youngest member, Son Dong-woon, is currently awaiting the results of a test he took to become a conscripted police officer.