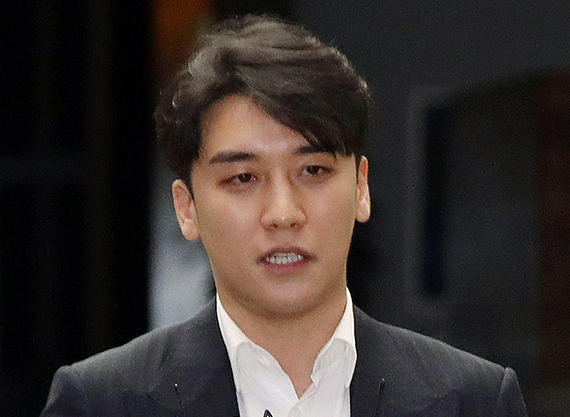 Seungri of boy band Big Bang announced on his official Instagram account that he is quitting show business after being embroiled in a scandal involving business, drugs and sex.

“I think it will be better for me to retire from the entertainment industry at this point,” wrote Seungri. “I have decided to leave the entertainment scene, because the gravity of the social scandal that [I] have caused is too big. I will clear all suspicions that have been built up by fully taking all the investigations.”

His retirement announcement came at 5:40 p.m., a few hours after SBS funE reported that Seungri and two fellow celebrities shared explicit videos and photos of women in 2016 through the Kakao Talk chat app, while he was under suspicion that he may have provided his foreign investors with paid sex services in 2015.

SBS funE reported that it obtained Kakao Talk chats between eight people including Seungri, two male singers and Seungri’s business partner, in which they shared videos and photographs of women having sex, taken without their consent or awareness, the channel said.

On Jan. 9, 2016, a man named Kim sent a 20-second long video clip through the chat app, and Seungri wrote, “Who is this? Oh it’s (name deleted),” after he recognized the man in the video. Kim then explained, “(The girl is) the famous (name deleted).”

The female in the video seems completely oblivious to the fact that she is being filmed, while the man seems aware, according to SBS funE.

The police have found other chats with explicit and illegal videos and photographs. The police recently summoned some celebrities who were involved in chats.

Seungri voluntarily went in for questioning by the Seoul Metropolitan Police Agency on Feb. 27, on suspicions that he sold drugs at his club in southern Seoul and offered sexual services to potential foreign investors.

“I thank all the fans from in and outside of Korea for all the love that you shared for the last 10 years,” wrote Seungri.

“I think this is it for me, for the honor of YG [Entertainment] and Big Bang. I am so sorry and sorry again. Thank you all for everything.”