CJ Group Vice Chairman Lee Chae-wook passed away on Sunday at the age of 73.

Lee, a renowned figure, was dubbed a “salaryman legend” in Korean business circles. Born as a farmer’s son in Sangju, North Gyeongsang, Lee climbed the ladder to top positions at Samsung Group, GE Korea and CJ. 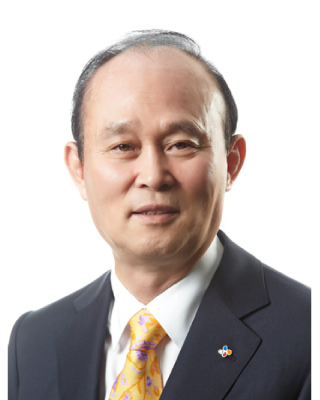 He played a pivotal role at the conglomerate, keeping it stable while Chairman Lee Jay-hyun served time in prison for tax evasion and embezzlement between 2013 and 2017. Having built a career in foreign business units, he was acclaimed for his expertise and was internally credited at CJ for maintaining growth during the chairman’s vacancy.

Last March, he stepped aside from management at CJ citing health reasons, but the group maintained his title as a token of appreciation for his service.

The company said in a statement Monday that Lee was being treated for lung disease and that his health had rapidly deteriorated recently.

Lee started his career at Samsung Group as a college graduate in 1972. In 1989, he became CEO of what is now GE Healthcare. He then became chairman of GE Korea and CEO of Incheon International Airport. He spent a total of 30 years serving in CEO roles at various companies, according to CJ.

Lee joined CJ Group in April 2013 as the CEO of CJ Korea Express, the previous name of CJ Logistics, and vice chairman of CJ Group. Six months later, he was promoted to CEO of CJ Corporation, the group’s holding company. He was the first vice chairman at the conglomerate that was brought in from outside the group.

“[Lee] is internally considered to have played a major role in not only promoting CJ Group’s external growth but also in bringing change among company employees by suggesting a global standard in management ethics,” CJ said in a statement.

Lee is survived by his wife and three daughters. A funeral will be held at the Samsung Medical Center in Gangnam District, southern Seoul.