Samsung has a major winner with Galaxy S10

Samsung has a major winner with Galaxy S10 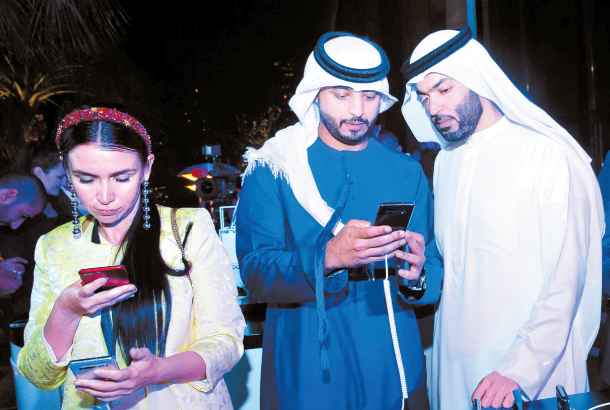 People take a look at the Galaxy S10 smartphone at a launch event in Dubai, the United Arab Emirates, on Wednesday. [SAMSUNG ELECTRONICS]

Sales of the Galaxy S10 smartphone could easily top 40 million units in the next 12 months, analysts said.

Just three days after its release, sales of the S10 are breaking records around the world. Samsung’s latest flagship smartphone have chalked up the highest number of preorders in Korea, North America, Europe and even China, where the company has a market share of less than 1 percent.

“Following [Saturday’s] earlier news about the Galaxy S10 breaking the U.K.’s Samsung pre-order record, the U.S. is also seeing record pre-orders for the Samsung flagship,” said GSM Arena, an American information technology publication. “Interestingly enough, the most expensive model, the Galaxy S10+, made up 57 percent per total pre-orders in the U.S. the same percentage as we reported for the U.K.”

“Apple must certainly feel the heat with this news,” the publication added.

Suning Tesco, the largest electronics retailer in China, reported sales of the S10 in the first 10 minutes surpassed the number for the S9 series by 395 percent. It will be interesting to see if the S10 could help Samsung increase its market share in China, which currently stands at 0.8 percent, the store said.

Some customers couldn’t get the 128 gigabyte model of the S10+ they desired.

“We were short of supply for the Prism White and Silver variants of the S10+,” said an SK Telecom spokesperson. “Some people even speculate Samsung is intentionally limiting the supply to increase the product’s popularity.”

A Samsung spokesperson later said that the supply problem is a temporary issue that will be resolved early this week. Industry watchers attribute the S10’s popularity to significant improvements in product quality.

“Consumers are attracted to the smartphones’ PowerShare feature and nearly full screen-to-body ratio on the front of the phone,” an industry expert said. “The plus model is especially appealing because of its front-facing double lens camera and rear-facing triple-lens camera.”

The Korean electronics giant decided to develop a budget model to respond to the rising consumer demand for affordable smartphones, especially in such markets as China and India. A company spokesperson said Samsung was surprised that consumers were interested in the more expensive plus model.

“It is reasonable to project the S10 to sell around 40 million to 50 million units during the first year,” said TF International Securities analyst Kuo Ming-chi. The projection is approximately 30 percent higher than a previous sales forecast of 30 million to 35 million units.

“When Samsung launches the 5G variant later this year, the S10 series would basically come in four types,” the company reported. Samsung plans to launch an S10 5G model later this month along with its first foldable device supporting 5G networks in mid-May in the local market.

Samsung previously set a record by selling around 60 million each for the Galaxy S4 and S5 smartphones in 2013 and 2014. The market then was essentially a duopoly between Samsung and Apple. Today, Chinese companies such as Xiaomi and Huawei dominate the budget smartphone market. It is believed that Samsung sold 35 million Galaxy S9 smartphones in total.

“Only after initial consumer reviews roll in,” an industry watcher said, “will we know if Samsung did indeed hit a home run.”