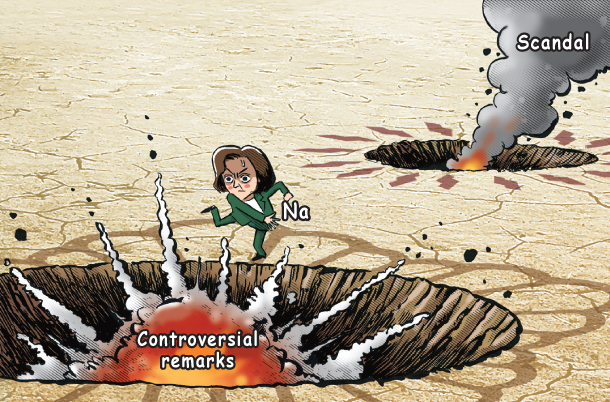 Rep. Na Kyung-won, floor leader of the opposition Liberty Korea Party, made bombshell remarks about President Moon Jae-in in the National Assembly Tuesday saying he acts like a spokesman for North Korean leader Kim Jong-un, which ensured her speech was not overshadowed by Seungri’s sex and drugs scandal.