Corruption gets the best of a bad lieutenant

Corruption gets the best of a bad lieutenant 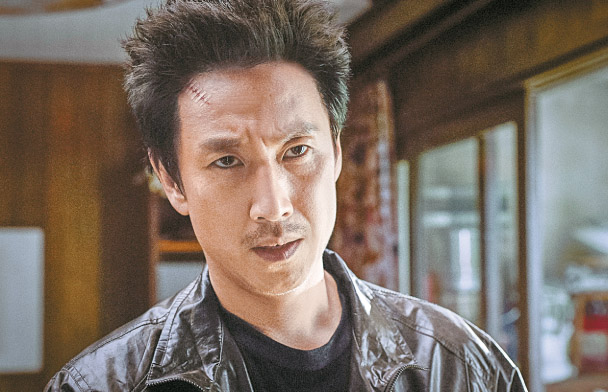 Although the violent detective is a cliched character trope in film, not all of them end up being “bad.” In director Lee Jeong-beom’s new action flick “Jo Pilho: the Dawning Rage,” detective Jo Pil-ho (Lee Sun-kyun) turns a blind eye to corruption and accepts bribes. He is a morally corrupt lieutenant who “became a detective himself because he was afraid to face one.”

But during an evil plan he carries out one day, an accidental explosion occurs, killing his right-hand man Ki-cheol (Jung Ga-ram). Pil-ho, who was also at the scene, becomes the prime suspect of the accident, and the prosecutors start searching for evidence in order to charge him.

In the meantime, Pil-ho discovers that before Ki-cheol died from the explosion, he had sent a video clip to two people - possibly the only evidence that can prove the truth behind the accident. One of the recipients of the clip is Ki-cheol’s girlfriend, Mi-na (Jeon So-nee), a high school student. As both Pil-ho and the prosecutors begin chasing after Mi-na, Pil-ho finds out that a bigger scheme is behind the supposed “accident.”

“Although Jo Pil-ho is a cop, he is closer to a criminal,” actor Lee said after the film’s press premiere on Wednesday in Yongsan, central Seoul. “I tried to emphasize the ill-natured, ‘trashy’ side of his character. And it was important for me to express his emotional changes [after facing corruption.] In the end, I wanted [the audience to] be shocked by the bad character.”

One of the central themes of the movie is the 2014 Sewol Ferry Disaster, in which a ferry heading to Jeju Island capsized, killing 300 people, most of them high school students. The incident became a national tragedy with so many questions left unanswered after the ship sank.

In the film, Mi-na’s best friend was one of the victims of the incident and the loss affects her actions and behavior over the years. The father of the victim in the movie is also a crucial character who influences Jo.

Although director Lee hesitated at first about how to handle the sensitive issue in a commercial film, he wanted to depict the truth about the incident.

“I cannot forget the shock I felt back in 2015 when I visited Danwon High School - what I saw there was very different from what I had been seeing in the news. I wanted to deliver the truth about the whole story - especially the emotions of the victim’s [friends and families] - so I started researching the case. It took me five years to make the movie happen, and in the process, I did a lot of self-censorship.”

“Jo Pilho: the Dawning Rage” is set to hit theaters on March 21.