The wrong side of censorship

The wrong side of censorship 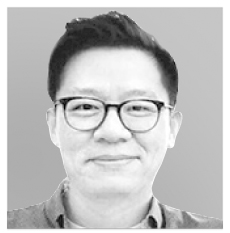 Park Sang-hyun
The author, an IT commentator, is director of Mediati Contents Lab.

The World Wide Web — which has made the internet a free, open space for everyone — turned 30 on March 12. Yet there is hardly cause for celebration: in an interview marking its 30th anniversary, Tim Berners-Lee, who invented the World Wide Web, said today’s web is not the one he intended.

Disappointment and concern is not limited to the web. Google CEO Eric Schmidt said in a conference last year that in 10 years, the internet will be divided into two parts — one led by China and another led by the United States. Schmidt said that China is creating tremendous wealth and rapidly developing technologies using the internet, but that China’s internet contains risks of governmental surveillance and control.

In the beginning, the internet was compared to an ocean, and developed with the idea of an open space for everyone in mind. But as various countries and cultures were connected, it was revealed that different systems had very different standards in need of accommodation. For instance, the Western world, including the United States, prioritized freedom of speech and tried to limit government intervention. Yet in China and Russia, where democracy was undeveloped, it was common for governments to control and surveil the internet for safety and social integration.

Especially in China, Facebook, Twitter and YouTube have been blocked since the 2008 Beijing Olympics to suppress political opponents and protect the Chinese internet industry. Google had to pull out from the Chinese market after refusing Beijing’s demand to restrict politically sensitive searches.

The problem is that the Chinese internet of surveillance, control and infringement on personal information is not limited to China. In February, a bill demanding the removal of content that the government deems problematic from Facebook, Google, Twitter and TikTok was waiting to be processed in India. In Russia, a bill to separate Russian domestic internet from the rest of the world was proposed for security reasons. China’s internet is separate from the world and has its own environment — a system known as the “Great Firewall.” Now, the firewall is creating a vast “controlled internet world” beyond China and Russia in India and the Middle East. 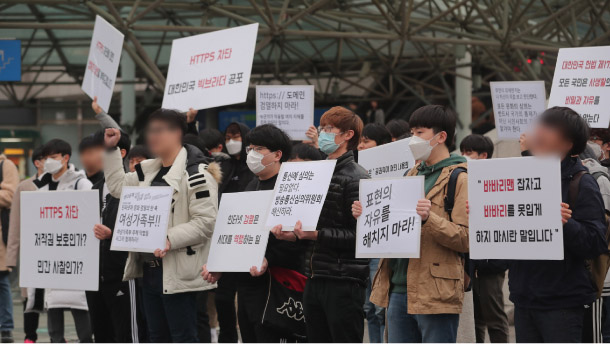 One aspect of this is noteworthy. The list of countries with internet censorship and surveillance released by non-governmental groups, such as Freedom House and Open Internet Initiative in 2018, includes Korea. The map of censorship and surveillance indicates the level of control in red and pink. While Korea is not red like China or Saudi Arabia, it is marked pink, along with Russia, Indonesia and Myanmar.

In other words, Korea is not on the free side that includes the United States, Western Europe, Japan and Taiwan, but on the Eastern edge of the controlled internet section. The survey was conducted before Seoul made the strict measure of blocking the Server Name Indication (SNI) to ban access to illegal websites. Should the survey to be conducted again this year, Korea’s internet freedom index would fall.

The Blue House explained that the purpose of the government policy was to control illegal videos such as unlawfully recorded images — not for censorship and surveillance of communications. But the government measure falls under the definition of censorship.

Countries on the free internet side also experience problems akin to those facing Korea, yet they value freedom more — despite the many problems. It is difficult to find an example of a country blocking nearly 900 websites just because they contain some illegal content.

The internet’s division into two parts is happening faster than Eric Schmidt warned. In the divided online world, will Korea remain in the vast controlled side with China, Russia and India or will it move to the free internet side with other democratic countries?

Korea is at a crossroads and needs to make a choice.