Park Bom hopes to bloom again with ‘Spring’: Former 2NE1 singer wants to put controversies to rest and return to the stage

Park Bom hopes to bloom again with ‘Spring’: Former 2NE1 singer wants to put controversies to rest and return to the stage 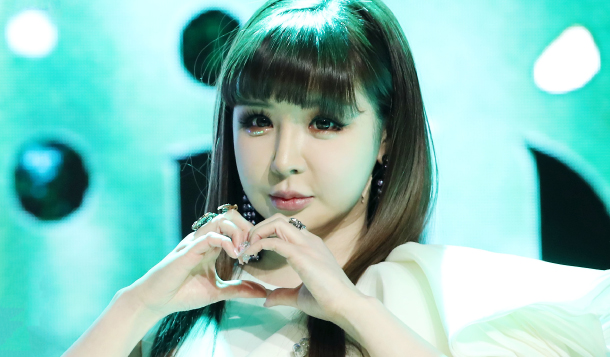 Singer Park Bom meets with the local press on Wednesday at Ilchi Art Hall, southern Seoul, at the showcase for her new EP “Spring,” her first solo work since her song “Don’t Cry” was released in 2011. [YONHAP]

Has spring finally come for Park Bom, or is the singer suffering from a case of bad timing?

Park made her long-awaited return with the release of her EP “Spring” Wednesday, her first solo work in eight years and also her first release since her former group 2NE1 disbanded in 2016. But as she takes a step back into the music industry, the ongoing scandal tainting a former colleague of hers at YG Entertainment has conjured back her own ghosts from the past.

“I was so nervous that I couldn’t even sleep last night,” said Park on Wednesday in front of local press at a showcase held at Ilchi Art Hall in southern Seoul. “It almost feels surreal. And I’m so nervous about everything.”

Having debuted 10 years ago, Park would have been considered a real veteran in the entertainment world had it not been for an incident that derailed her career in 2014.

Park parted with YG Entertainment in 2016 after her four-member girl group disbanded, but not necessarily on good terms. Many of her fans turned their backs on her when it was revealed in 2014 that she had been reported to the police for trying to smuggle drugs from the United States into Korea in 2010. The police closed the case without pressing charges, but when news broke four years later, the conservative Korean public and the fans were enraged regardless of her explanations.

Park’s agency, D-Nation, released an official statement before the singer’s showcase on Wednesday morning to explain what happened.

“Park Bom was sent a medication called Adderall from the United States through a parcel. This incident is still being referred to as ‘drug smuggling’ - we want to clearly state that this is wrong,” said the agency. “Adderall is an FDA-approved medicine that can only be bought through a prescription. The medication is still classified as an illegal drug according to local law, and thus prohibited in Korea, the ignorance of which we apologize sincerely for […]but Park Bom took the medication for medical reasons, which is why the police closed the case.”

Despite the statement from her agency, the reporters had more questions to ask. Why hold a showcase and meet with the press when you could have just released the album and just communicate with your fans? Park answered, “Because I wanted to tell you how I feel.”

“I wanted more people to know that I have my album out, and I also wanted to tell you my thoughts as well - especially my fans overseas. I know that the public’s opinion isn’t necessarily favorable, but I will try hard and I hope they will like me for it. I will try my best to turn that public opinion around,” said Park.

The director of her current agency, D-Nation, who goes by the name Scott Kim, took to the stage to explain that the medication had been prescribed to treat Park’s ADD (attention-deficit disorder).

“She was unaware of the fact that the medication was not allowed into Korea, and she told me that she has always been so sorry about it [...] She’s getting treatment every month, and has replaced her medication with one that is legal in Korea,” said the director. The treatment will take at least once more year, he added.

Her new EP and title track, “Spring,” is also the meaning of her name in Korean. Her hopes of seeing the warmer spring days of her life after the hardships are portrayed through her song. “Will spring come back to me? Will beautiful flowers bloom inside of me? If my heart melts after this cold wind, will spring come back to my heart?”

Supporting Park’s efforts to welcome the warmer days ahead of her is her long-time friend Sandara Park from 2NE1, who gladly took part in the title track, according to Park Bom. “She’s very loyal. She even texted me today, and told me that I shouldn’t get nervous and just kill it. She told me to do my best,” said Park.

Had they not parted, this year would have marked the 10th anniversary of 2NE1’s debut. “We are all active in our own ways. I do hope that we can get back together if we get the chance - if we are given the chance,” said Park.

Park thanked YG Entertainment executive Yang Hyun-suk, who uploaded an Instagram post on Feb. 15 in support of the singer saying, “Although she is no longer with YG, I really wish her all the success with her new release.” Yet she refused to comment on the retirement this week of her former YG colleague Seungri, who is currently embroiled in a sex and drug scandal. “I don’t think I am in a position to say anything,” she said.

Park is well-known for her unique voice, making her past songs a must-listen for any ardent K-pop listener. Proving that her vocals are still powerful, her new song charted high on local music streaming services immediately after its release on Wednesday evening. It currently sits atop the hot songs list on five streaming charts - Bugs, Genie, Olleh, Soribada and Mnet.

According to Park, this won’t be her only release this year. “I will be seeing you more often this year with good songs,” said Park. “I would also like to meet with my fans through various events, like this showcase. I hope I will be given a lot of chances.”

“I want to tell people how I feel inside with my voice,” she added.