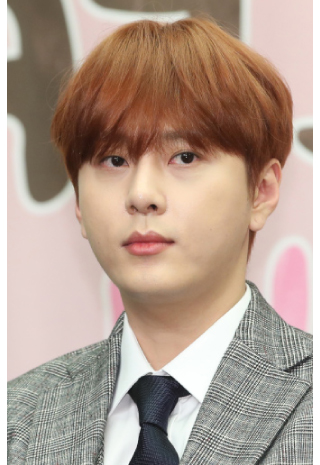 Singer Yong Jun-hyung announced that he has quit the boy band Highlight on Thursday after confessing that he had seen the illicit videos taken by singer Jung Joon-young in 2015.

SBS reported on Monday that a celebrity surnamed Yong was in the same KakaoTalk chat with Jung, who had filmed videos of himself having sex with women without their consent or awareness.

Yong’s agency, Around US Entertainment, explained earlier in the week that even though he had been in contact with Jung, he had nothing to do with the group chat that Jung and Seungri - the center of the ongoing scandals - were in together. He also denied having seen any of Jung’s videos.

Yet on Thursday, the agency and Yong came back with another statement, this time more candid.

“Yong Jun-hyung found out in late 2015 that Jung Joon-young had recorded the illegal videos when they shared a few words in a one-on-one text conversation,” said the agency.

“Afterward, he watched the illegal videos that had been sent, and had an inappropriate conversation regarding the content of the video.”

Yong confessed to his deed when he was taken in for another round of police questioning on March 13, according to the agency.

“He will be leaving Highlight as of March 14, 2019, after he and the company decided that it would be for the best for him to take responsibility and stop any further damage to the group,” they explained.

“Everything I did was very immoral, and I was foolish,” said Yong in a post on Instagram on Thursday afternoon.

“I have never been involved in any crimes such as recording or distributing illegal videos [...] But I had been naive and turned a blind eye to such a serious matter that could have caused pain to so many victims.”

Around US Entertainment also apologized for their previous statement, in which they claimed that Yong had no relation to Jung’s illegal acts.

“We apologize for causing confusion for many people by not checking the proper facts and making a hasty decision to release an official statement even though Yong really was involved,” said the agency.

Yong debuted in 2009 as part of the six-member group Beast under Cube Entertainment. The group - excluding Jang Hyun-seung, who quit in 2016 - joined Around US Entertainment in 2017 and changed its name to Highlight when it couldn’t work out copyright issues with its former agency.

Yong plans to begin his military service in early April.

Meanwhile, JYP Entertainment said on Thursday that it has reported internet trolls who have been spreading vicious rumors about their artists to prosecutors.

The agency warned on Wednesday that it will be taking legal action against people spreading rumors that certain members of its agency were included in Jung’s illegal videos.

It has already filed its complaint to the prosecutors’ office, and will keep doing so to protect its stars in the future.