SOHN HAE-YONG
The author is an economic policy team editor of the JoongAng Ilbo. 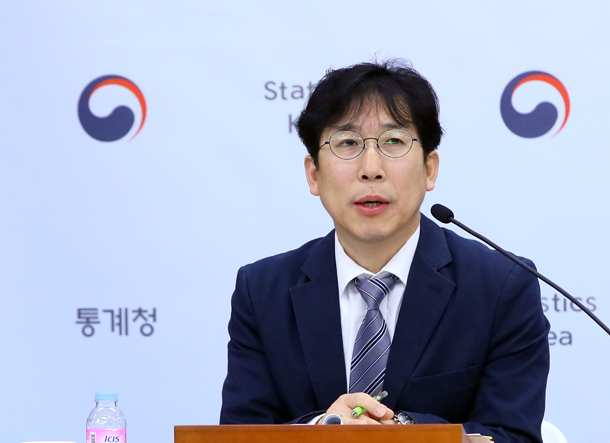 A senior official from the Statistics Office announces an increase of 260,000 jobs last month compared to a year ago, but the increase owes much to the government’s massive spending to create part-time jobs in the public sector. [YONHAP]

Mr. Kim, a human resources executive, is agonizing over a new hiring plan. His company wants to increase the number of full-time workers and raise wages for existing employees to meet minimum-wage regulations. But he said reducing new hires to cut labor costs would be against government policy.

The liberal Moon Jae-in administration seeks to ease inequality with minimum wage increases, increase job numbers and generate growth with innovative. Yet the indicators have turned south: the number of new hires is falling and the growth rate is declining. So what happened?

It is largely due to the global economic downturn and changes in Korea’s economic structure. Yet the government is hardly free of responsibility — its policies work together to make matters worse. Many claim the government’s diagnosis and prescriptions are wrong, as its three policies clash with one another.

When the minimum wage goes up, companies feel burdened and reduce hiring. It’s good for workers whose part-time jobs become permanent, but the door to new employment narrows.

Because of the inactive job market, the government is expanding jobs in the public sector. One hundred and seventy thousand civil servants will be added by 2022. As such, more young people are focusing on civil service and public corporation exams instead of taking risks. As private companies that should be the main players for growth lose talent to the public sector, innovation-led growth will be more difficult.

It is hard for the government to pursue growth focused on conglomerates. While arguing that the “trickle down economy” doesn’t work anymore, the government holds conglomerates accountable for slow employment and income distribution issues. It believes old-fashioned growth policies would not work and would not fix inequality or add jobs.

Yet the government can’t afford to push innovative growth alternatives, such as deregulation in medicine, in the face of vehement opposition from its supporters.

Covering economics and industry, I concluded there are no policies instituted with bad intentions under either conservative or liberal administrations: there are only policies with bad outcomes. As the three policies take us in the wrong direction, the government’s dilemma will deepen. Policies with good intentions will become sour if they have a negative impact.