Spitting on your own face

Spitting on your own face 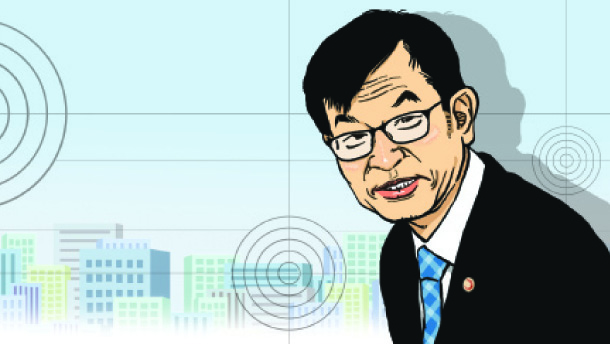 His thoughts may not have changed over night, but his words did.

“Korean chaebol took over officials and politicians, and dominate the media. It is growing as a social phenomenon,” read the notes for a lecture to be delivered on March 12 by Fair Trade Commission Chairman Kim Sang-jo.

“Conglomerates are valuable economic assets, in the past and present, and in the future as well. I like conglomerates,” is what he actually said.

Kim spoke at an international conference in Serbia. When the advance release of the speech on March 11 triggered controversy, he changed the wording. An executive at one of the top four business groups said, “Beating on chaebol should remain internal. Criticizing chaebol abroad is like spitting in your own face.”

Aside from the frivolous language, his views on chaebol are still problematic. “Unlike founders, third-generation successors focus on maintaining vested interests by pursuing personal interests rather than challenging and creating profits,” he said. “The growth of chaebol interfere with the growth of small- and medium-sized companies.”

That is a one-sided and biased claim. Anti-conglomerate sentiment leads to the distortion of facts. Kim pointed out that the total assets of the top 10 conglomerates is equal to 80 percent of Korea’s gross domestic product (GDP). But their total assets cannot simply be compared to the GDP. Assets include cash, buildings and land, as well as added value produced by companies, while the GDP is the sum of all added value from domestic economic activities in one year. He also said, “Direct employment of the top 10 local business groups is only 3.5 percent of total employment.” But he ignored subcontractors and indirect employment.

Kim has made controversial remarks before. Shortly after his inauguration, he said he was late to a meeting because he was fighting chaebol. The media criticized him when he said Naver founder Lee Hae-jin failed to propose a future vision like Steve Jobs. This time, the controversial remark was made abroad.

In the United States and China, officials are in a trade war to save their companies. They understand the trouble companies go through as they compete globally. Even if that is what the Fair Trade Commission chief believes personally, the occasion was inappropriate. Despite his current position as head of the Fair Trade Commission, he seems to think he is still the “chaebol sniper.”