A new leader for importers

A new leader for importers 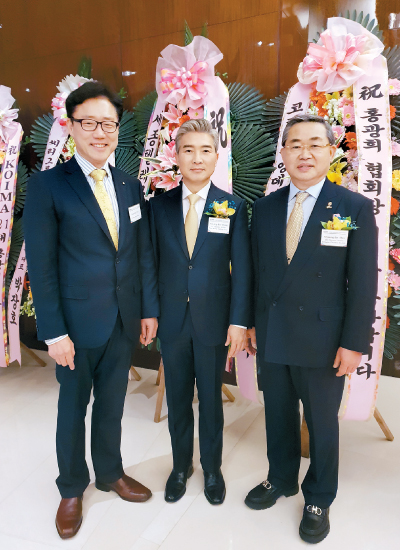 From left, Ryu Kwon-ha, Korea JoongAng Daily CEO; Hong Kwang-hee, the Korea Importers Association (Koima) chairman; and Shin Myung-jin, outgoing Koima chairman, during Hong’s inauguration ceremony held on Friday at Westin Chosun Hotel in central Seoul. Hong is the 21st chairman of the importers’ association and will be holding his new position for the next three years.

Hong, who is currently the CEO of New Korea Trading, during the ceremony said the association will work actively to help Koima members on difficulties related to imports.

Some 300 people, including the ambassadors of 50 countries, government officials and business leaders as well as representatives of major importers attended. [KOREA IMPORTERS ASSOCIATION]