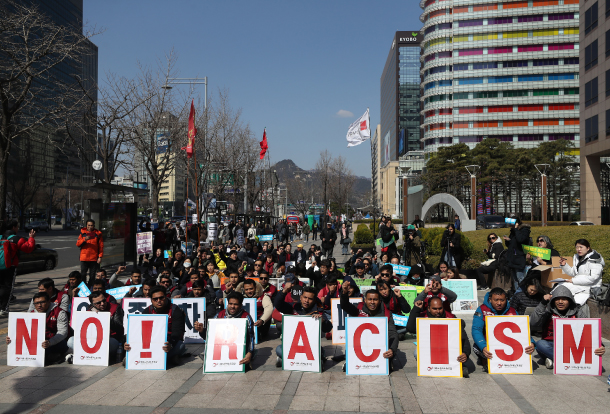 Hundreds of people, including migrant workers, hold a rally Sunday near Gwanghwamun Square, central Seoul, to commemorate the United Nation’s International Day for the Elimination of Racial Discrimination, which falls on Thursday. They called for the establishment of laws to ban discrimination and to ensure basic rights for the roughly two million foreigners living in Korea. [YONHAP]