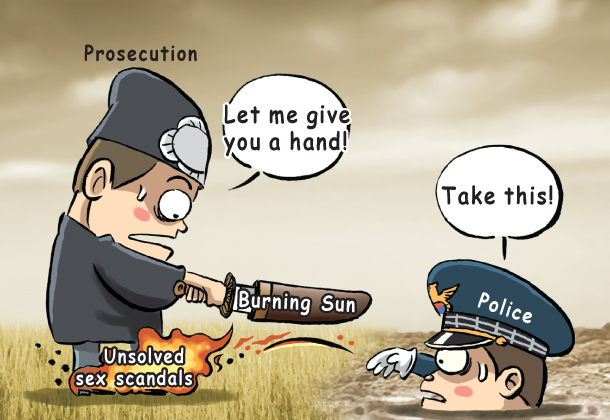 Amid a spat over jurisdiction between the prosecution and the police, President Moon Jae-in ordered both to reinvestigate three unsolved sex scandals. Meanwhile, the police are under attack for turning a blind eye to a sex and drug scandal at Burning Sun, a nightclub co-owned by K-pop star Seungri.